Blockchain reaction: What the technology really means for family business

A decade-old, blockchain technology is facing an inflection point. A few years ago it was easy to find people who were evangelically enthusiastic about it. A 2015 World Economic Forum survey of more than 800 executives and experts from the information and communications technology sector found the majority believed that by 2027, 10% of global GDP would be stored on blockchain technology. A decade-old, blockchain technology is facing an inflection point. A few years ago it was easy to find people who were evangelically enthusiastic about it. A 2015 World Economic Forum survey of more than 800 executives and experts from the information and communications technology sector found the majority believed that by 2027, 10% of global GDP would be stored on blockchain technology. 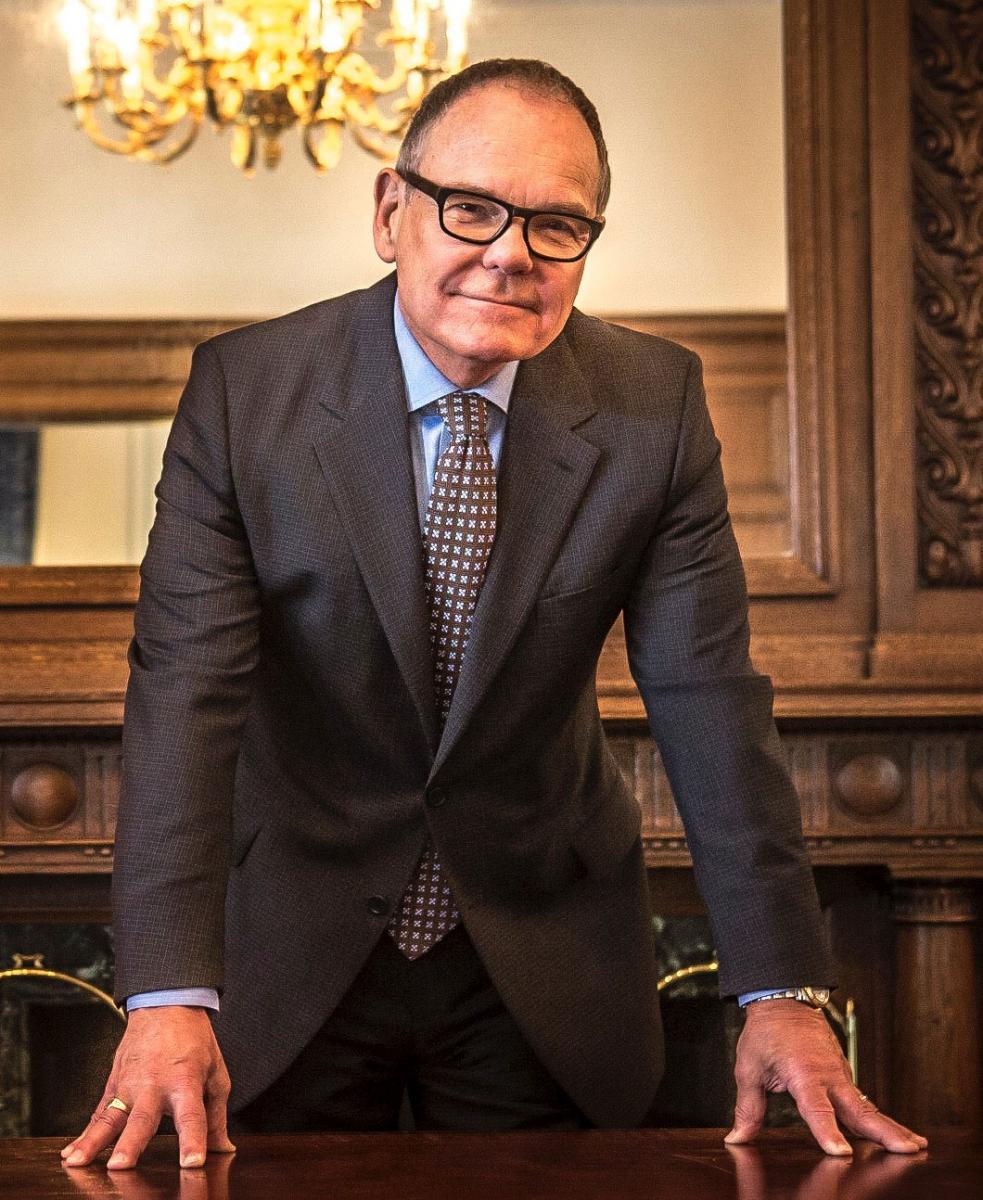 In 2017, venture capitalists invested more than $1 billion in blockchain-based ideas. IBM has invested more than $200 million in a blockchain-powered data-sharing service for the Internet of Things. In his 2016 book Blockchain Revolution, subtitled “How the technology behind bitcoin is changing money, business and the world”, the renowned technology writer Don Tapscott called blockchain “a new platform to reshape the world of business and transform the old order of human affairs for the better.” Al Gore mused that it might replace many of the functions of government.

Facebook announced in June 2019 it will launch its own blockchain-based digital currency, Libra, in 2020. The media giant hopes it will speed payments between its 2.4 billion users. One area where it thinks uptake could be significant is in streamlining the notoriously clunky and expensive area of remittances. It also hopes that it might help the world’s 1.7 billion unbanked people make payments. A consortium of 27 partners, including firms that run digital wallets, music-sharing site Spotify, taxi app Lyft, and Visa, are involved.

But now worries about the technology, and especially the cryptocurrencies it underpins, are widespread. Nouriel Roubini—the economist famous as the man who predicted the financial crisis of 2008—has called it “the most overhyped—and least useful—technology in human history” and damned it as “a glorified spreadsheet”. 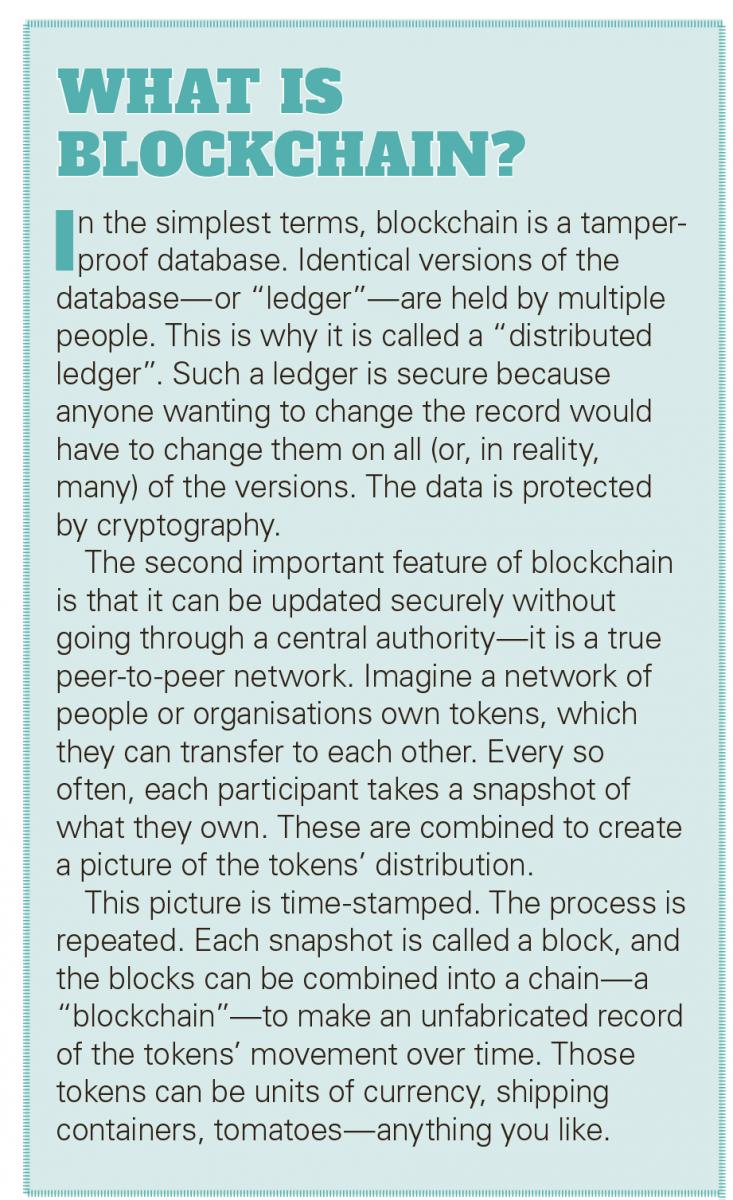 There are lots of reasons to be wary about blockchain. Because they are anonymous and untraceable, blockchain-based cryptocurrencies are the choice of people who want to traffic slaves or poached rhino horns on the dark web. An academic paper in April 2019 found cryptocurrency exchanges are crawling with arbitrage bots, gaming the system to make money from other people’s transactions. Also, some exchanges could be reporting activity 10 times higher than the truth, to make their products look more popular than they are, says research by cryptocurrency analytics firm Tie.

And because it attracts chancers and others who want to get rich quick, some of the stories the technology has spawned sound like rejected storylines from the dark satirical television show Black Mirror. For example, in 2019, Iceland reportedly used more power mining cryptocurrencies than heating its homes. Then there is the modern morality tale of blockchain-based cryptocurrency QuadrigaCX, whose founder died, taking with him the passwords needed to unlock $150 million of currency belonging to 92,000 people.

Getting down to business 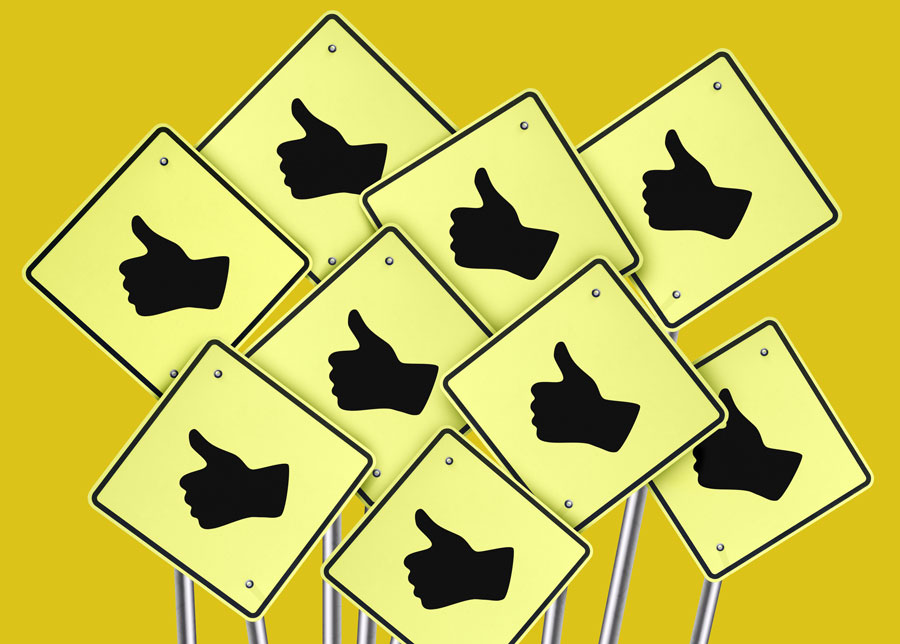 All reasons to be cautious. But the only important question is: what can blockchain really do for businesses? The first step to answering this question is to separate blockchain from its best-known application, cryptocurrencies. Public blockchains open to everyone underpin bitcoin, ethereum, and other currencies, and these might be useful to businesses which are looking to circumvent awkward payment systems. But many of the real-world applications that solve business problems use custom-built, private blockchains and are therefore insulated from the hacking, volatility, and general Wild West feel that can be associated with bitcoin and its peers.

Jean-Edouard Dias, a lecturer specialising in blockchain at HEC business school in Paris, says that businesses are “using blockchain as a way to trace and certify the origin of the components of a product or a service, in order to fight against counterfeiting, identity theft or the usurpation of rights. [It is used] to ensure that the contribution of each component in the product/service value chain is rewarded at the level it deserves, in order to avoid looting of natural resources at the expense of deprived countries or individuals.”

In other words, they are using it on supply-chains. Arguably the largest-scale example of this is a blockchain-based system called TradeLens, created by family-owned shipping giant Maersk. It aims to streamline and modernise the sometimes-unwieldly world of international shipping, which even now can involve physical pieces of paper being rubber-stamped by staff in dockside offices. 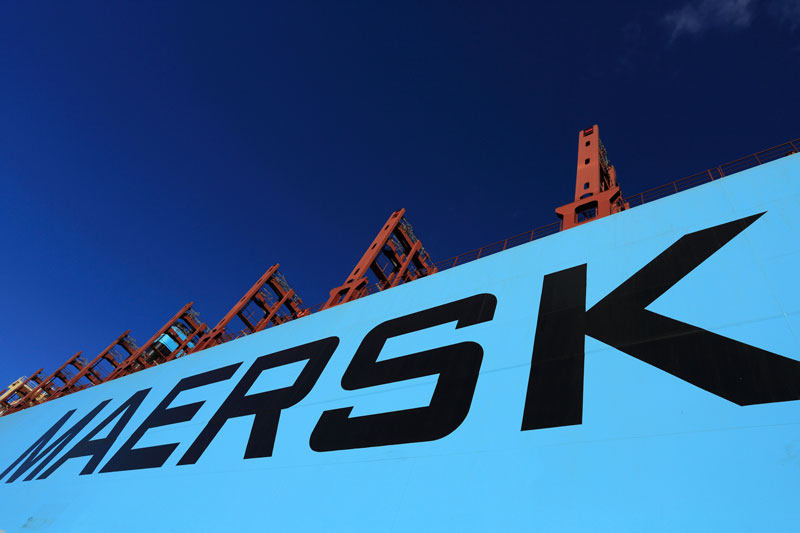 TradeLens allows participants in the complex shipping chain, including other shipping lines, freight-forwarders, and logistic companies, to share records of transactions. More than 100 organisations have joined, and the system will record almost half of all global trade, involving more than 10 million events a week. A rival system, Global Shipping Business Network, which is also built on a blockchain, is being used by other firms including Hutchison Ports, owned by Asia’s richest man, Li Ka-Shing.

Another game-changing example is being developed by Walmart, the American retail giant owned by the Walton family. In reaction to a food-contamination scandal in the US it is developing a blockchain-based system which tracks leafy vegetables from field to shelf. By September 2019, all growers who supply Walmart will have to register their products on the new system. In a trial, French retailer Carrefour and Swiss food-maker Nestlé are also using blockchain systems to allow consumers to trace the provenance of the potatoes in its Mousline mashed-potato product.

In Asia, Royal Golden Eagle, a manufacturing conglomerate run by the second generation of the Tanoto family, is moving its palm-oil business onto the blockchain, which will cover half of the world’s production of the product. The aim is to increase transparency, so that everyone involved in the production process can be certain of the product’s provenance, but also to increase efficiency by cutting out unnecessary middlemen.

Blockchain can also be useful in sectors with high-value products which are prone to forgery. In May 2019, LVMH, controlled by the French Arnault family, announced it will use a blockchain-based product called Aura to track and ensure the authenticity of Louis Vuitton and Parfums Christian Dior products. Rival luxury holding company Richemont, which is controlled by the Rupert family and owns brands such as Cartier, Dunhill and Mont Blanc, and the Pinault family’s Kering, whose stable includes Gucci and Balenciaga, are both working with a non-profit called Arianee, to create a similar system on the blockchain. 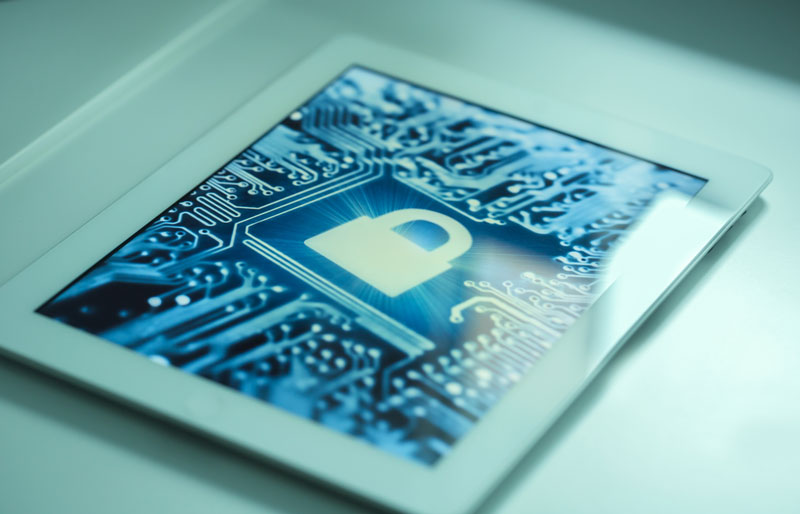 The other major area where blockchain might be expected to make breakthroughs is “automating a payment once conditions are duly fulfilled, easing compensation,” says HEC’s Jean-Edouard Dias. A great example of this is a product called Fizzy, from insurance giant AXA. Fizzy creates a smart contract on the ethereum currency blockchain—ethereum’s unique feature is that, unlike bitcoin, it allows smart contracts. Fizzy monitors global flight databases and once it sees that a plane has been delayed by two hours it triggers an automatic payment straight into the bank account of anyone who has bought its insurance.

One of blockchain’s promises was that, by using a new kind of currency, it would disintermediate legacy payment systems, owned by banks and other financial players, who made transferring money slow while skimming off fat commissions. That is becoming a reality. A business called Kamix uses blockchain to help people send money home to their relatives quickly and cheaply, at a cost of just €1 ($1.12) per transaction. Fizzy and Kamix both show that cryptocurrencies are more than vehicles for speculation and have real-world uses.

And yet blockchain is underdelivering on its promise. In a January 2019 research paper called Blockchain’s Occam Problem, the consulting firm McKinsey wrote that blockchain is all too often “a solution in search of a problem”. 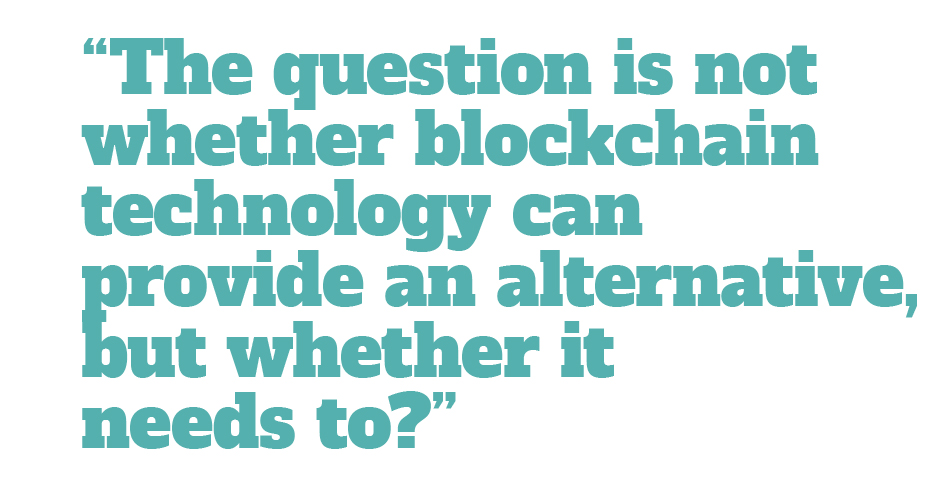 A trio of its consultants wrote: “Given the range of alternative payments solutions and the disincentives to investment by incumbents, the question is not whether blockchain technology can provide an alternative, but whether it needs to? Occam’s razor is the problem-solving principle that the simplest solution tends to be the best. On that basis blockchain’s payments use cases may be the wrong answer.”

Many blockchain innovations have failed to get beyond the proof-of-concept stage, they say.

For all its slickness, blockchain-based solutions are not the best answers to problems. SWIFT, which helps banks send money between each other, has reacted to criticisms and the threats the blockchain poses by launching its Global Payments initiative to speed up payments. That is far more likely to solve the problem of slow payments than a blockchain start-up. 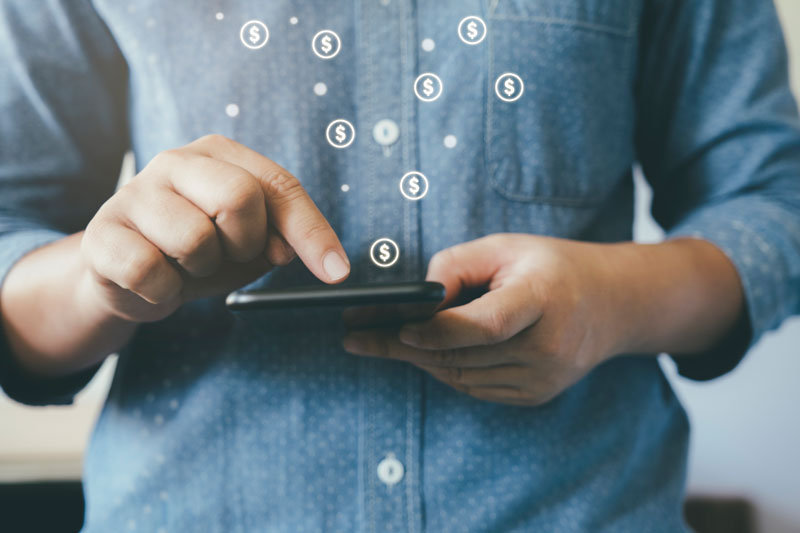 Now the wild-eyed optimism around blockchain has settled down, its real applications are becoming clear. Because it is immutable, it can be used to run “static” registries of ownership of goods, for example land or other valuable goods, where there are rare changes. Because it can be updated regularly from many locations, it can be used to run complex “active” registries, where there is lots of activity that is hard to keep track of—shipping is an example of this. It can be used for smart contracts in industries like insurance, to reduce administrative work and speed up payments. There would be advantages to storing medical records on blockchain systems, so they would be available instantly to any medical professional who needs them in any location. And blockchain can be used to speed up complex payments that involve multiple currencies.

Blockchain can also be used more strategically, says McKinsey. Yes, it can solve business problems. But it can also be a tool to bring together organisations—perhaps members of an industry—by encouraging them to talk and work on a shared project, or to encourage standardisation of processes.

But it can also be something else. Because blockchain sounds futuristic and flashy, telling the world you are using it can be a way to signal that an organisation is modern, perhaps as PR or to attract investors’ attention. That’s not a negligible aim, even if it isn’t quite what bitcoin’s dreamers had in mind. In fact, the use of the word blockchain to boost interest in a company has become ridiculous. When a company called Long Island Tea changed its name to Long Blockchain Corp and sent out a press release vaguely promising to “leverage the benefits of blockchain technology” its stock price immediately rose by 500%. Reality has a way of puncturing the visions of utopian dreamers.

Jeremy Hazlehurst is a freelance writer and former editor of CampdenNXG magazine. He has written for many publications including the Economist, FT, Wall Street Journal, People Management.

Families, fortunes and fiduciaries in dispute
Private markets: Diversifying for the future
How to invest in Leveraged Loans in the current market environment
How Dilmah is taking care of family business against the coronavirus
Retaining top talent: Family-owned businesses and employee-owned structures