Families and philanthropy are driving the sharp rise in the number of foundation structures registered in Jersey. Families and philanthropy are driving the sharp rise in the number of foundation structures registered in Jersey.

Registrations grew by 9% last year, with more than 350 foundations set-up since the introduction of the structure in 2009. A total of 30 foundations were registered with the Jersey Financial Services Commission last year, the biggest rise since 2014. The total number of foundations established in the jurisdiction over the past nine years, including active and dissolved Foundations, stood at 357 at the end of 2017, according to figures collated by Jersey Finance.

Jersey’s Foundations Law came into force in July 2009, when it became the first British Crown Dependency to offer such structures.

Zillah Howard, partner at law firm Bedell Cristin, and a practitioner on Jersey foundations, said industry indications suggested about one-third of foundations were being used for philanthropic purposes.

“The features and flexibility offered by the Foundations Law, which make it so attractive for philanthropic structuring, together with Jersey’s innovative Charities Law, underline how seriously the island is taking the important and growing area of philanthropy as part of its overall wealth management framework,” Howard said. 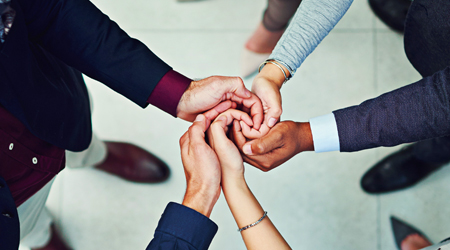 Geoff Cook (pictured), chief executive of Jersey Finance, said the total number of foundation structures set up in Jersey now outstrips the combined total in the other Crown Dependencies by about 25%.

“It’s encouraging that, nine years since they were introduced, we are still seeing a steady rate of incorporation—particularly in the area of philanthropy and in support of our Asian market activity, where the blend of flexibility, control and oversight are seen as attractive features,” Cook said.

“With the latest set of proposals currently being consulted on, we fully expect the Jersey Foundation to retain its appeal as a core structure within our wealth management landscape.”

Keith Dixon, trusts partner with private wealth practice Carey Olsen, said Jersey foundations were being increasingly used by ultra-high net worth individuals, mainly because the charter and regulations can be tailored to fit even the most demanding family's requirements.

“They are robust, flexible vehicles which are ideal for holding a private family's wealth over the short, medium or long term,” Dixon said.

“In my experience, ultra-wealthy founders tend to establish foundations for either philanthropic purposes or as part of a wider property holding structure which has specific objectives, for example, proper succession planning across several generations, the education of minors and the promotion of family harmony and unity.”

Related Content:
The new philanthropist: Impacting charities, structure and the next generation
After Armani: Why family foundations are in fashion