Oscar Farinetti is one of Italy’s best-known entrepreneurs. His latest venture, a food retailer called Eataly, is among the world’s fastest-growing brands. Family has played a big role in his success. The calling to be an entrepreneur came to me when I was young, at the age of just 20. I had an overriding desire to be an entrepreneur. At that time, in the late 1970s, I realised that the electronics industry was becoming increasingly important and I decided to start developing my activities in the sector.

My dad, Paolo, had a big influence on my decision. He always supported and encouraged me but, most importantly, he pushed me to do something and take on my own responsibilities. I started working with him in 1978, when I was 24 and he was 56. From my dad I learned my main values: to be committed to what I’m doing, to be honest and to take risks.

I’ve always been interested in taking on new challenges. In 2002, I decided to sell Unieuro, the electrical appliances retailer I founded together with my father, because I like changes and new challenges. Unieuro was like a child able to walk alone and I wanted to put myself to the test again, this time in a different sector.

That’s when I decided to found Eataly. I live in the Piedmont region of the Langhe, in northern Italy, and I know its wines and foods – some of which are real treasures – are of exceptional quality. As an Italian, I also understand that Italians need to be encouraged to believe in their unique cultural traits and values.
I started thinking that Eataly could be a big melting pot where everybody can contribute to improve our diet and our food culture without foolishly impoverishing our planet. I realised there was a demand from the market but there wasn’t an adequate supply, so I tried providing my own entrepreneurial answer. And it worked out! 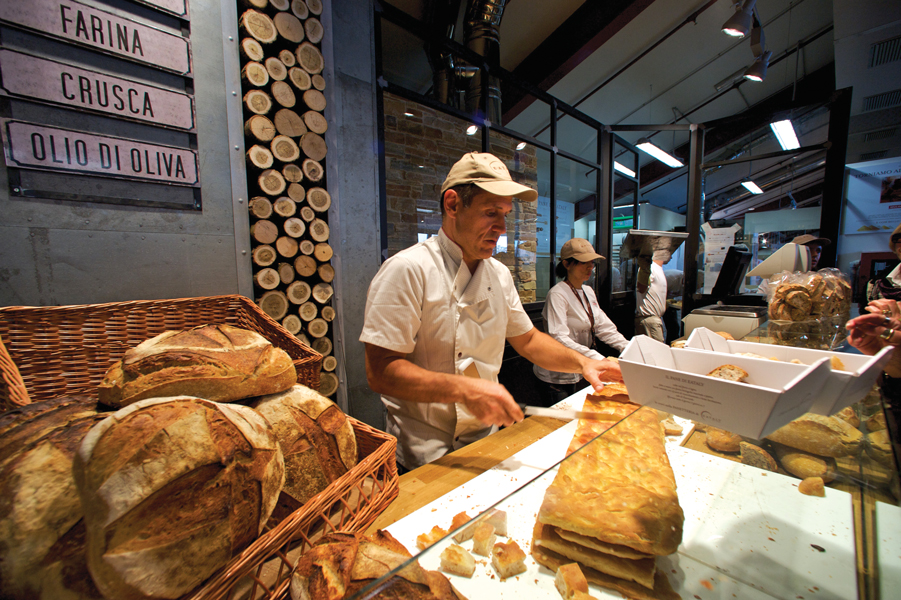 At Eataly, we want to share with our customers the culture of eating well. Our clients come to us to feel part of a system that cares about everybody’s wellbeing: from the farmers to the small food-producers, to the transporters, the territory and the environment, and of course the consumers themselves.

There have been a lot of difficulties in establishing Eataly, but I can’t remember them anymore. What I do remember is the pleasure I had in trying to understand and build these values and to create – together with several friends – a company that respects them. When clients walk into one of our stores, they understand that they’re entering a new way of eating and doing grocery shopping. They become part of our world. And never leave us again! 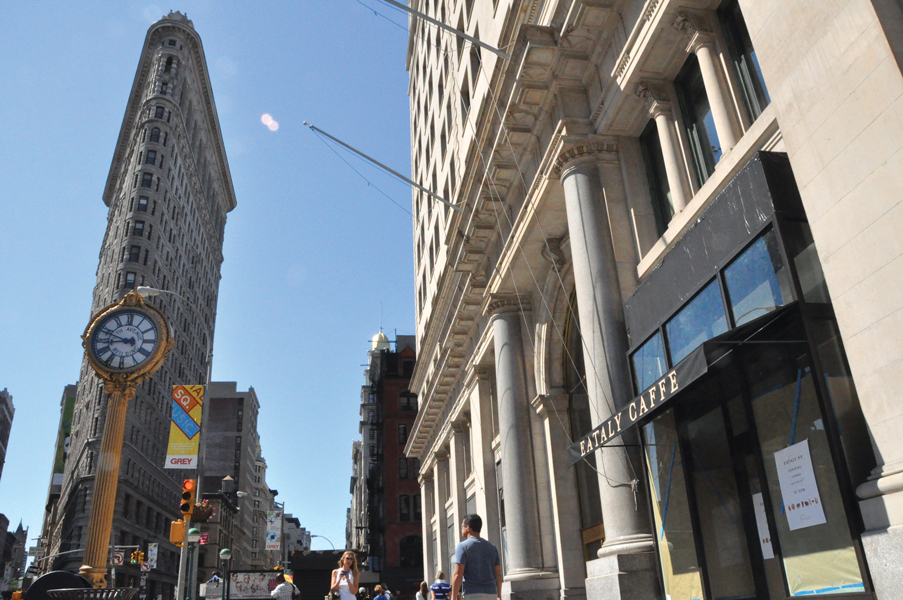 We’re going global. So far, we’ve 10 stores in Italy and 13 around the world – 12 in Japan and one in the US, in New York. In 2013, we are planning to expand both in and outside Italy. At home, we’ll open branches in Bari, Florence, Piacenza and Milan. In Milan we already have a store but we’ll open a bigger one in the former Smeraldo Theatre, near Garibaldi station in the city centre. Outside Italy, we’ll open stores in Istanbul, Dubai and Chicago.

We always choose our locations with our heart, but we also carry out a macroeconomic analysis of the locations we’re interested in. It’s very important not to get this analysis wrong, and it’s also very important to find local partners that share and are ready to commit to our vision.

All my children have important roles within Eataly. Francesco and Nicola are respectively chief executives of the Turin and New York outlets while Andrea heads Borgogno, a Barolo wine vineyard near Alba, in Piedmont. It’s difficult to say what they’ll decide to do in the future.

It’s not important how you shape your business – whether it’s fully family-owned or partly-listed – what matters is the ability to create a system of values, and make economic and financial choices that are coherent with it. 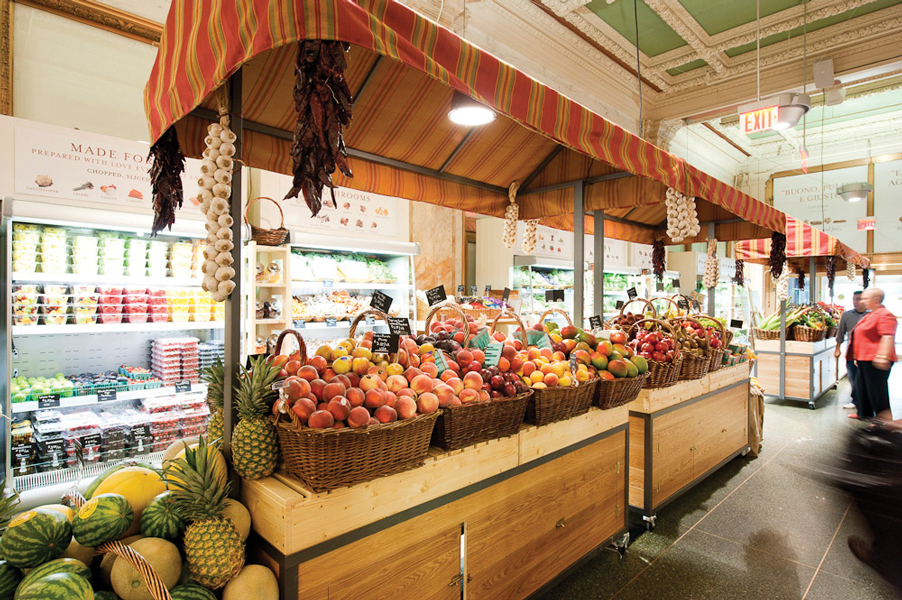 We also aren’t afraid of change. Instead, we always look for changes. Now in Italy, what’s really important is that the country starts working again, promoting entrepreneurship and innovation. Bureaucracy needs to be significantly simplified, employer payroll taxes have to go back to sustainable levels and workers need to be paid better too.

Family businesses have been crucial in Italy because they’ve traditionally done what the country’s institutions didn’t do, things like protecting our heritage and granting loans. On the other hand, some of our family businesses now lack the ability to compete internationally. In the future, it’s essential that the government cuts the red tape and improves the labour market – these are all things that politicians need to address urgently.

Entrepreneurs should always be optimistic, coherent and able to carry out analysis. There’s no point in focusing on the negative aspects of a situation – you need to work around the positive ones. You always need to keep in mind what your goal is and try to pursue it, even when making the smallest decisions. And you always need to take some time to think about what you can learn from your experiences. If somebody is doing better than you, it means he’s got something to teach you. 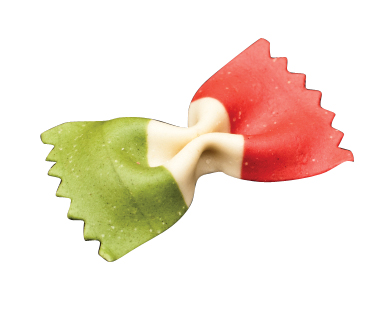 Oscar Farinetti wasn’t the first in his family to have an interest in the food industry – the family name itself comes from farina, which means flour in Italian. His grandfather was a miller and his father, Paolo, known as Commander Paolo for his role in the Italian resistance movement during World War II, had a pasta factory and a coffee-roasting business in Alba, one of the food capitals of Italy, as well as a small fashion retailer. So the Farinettis had form in food and beverages going back some years. 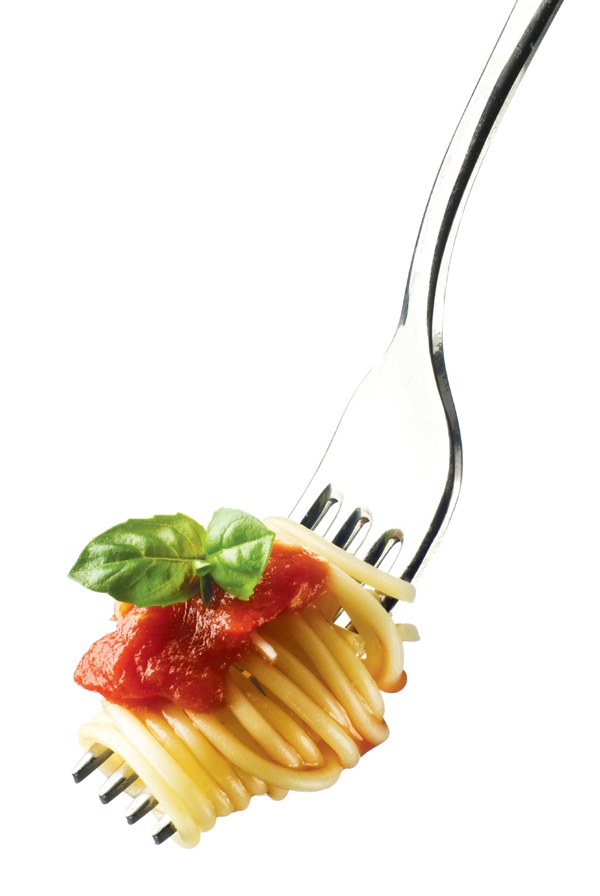 Oscar says the inspiration to sell Trony and start again came from his children. Before Trony was sold, his children told him they wanted to join the family business. “That’s when I realised I needed to sell [Trony],” Farinetti said in an interview recently, adding that he was afraid that in such a big and well-established company his children would have always remained the boss’s sons. “And they wouldn’t have had the privilege of taking part in the hopes, the emotions, the uncertainties and the adrenaline [rushes] that you get from starting up a company.”

Joseph Schumpeter – the famous Austrian economist who put forward one of the big tenets of economics, namely the need for creative destruction in business to drive economies forward – would have been proud of Oscar’s actions.

Priyavrata Mafatlal: Leadership is earned, it’s not a right
FB Roundup: Rihanna, Naguib Sawiris, Nicky Oppenheimer
The greatest trend of them all: Reading the tea leaves for 2022 and beyond
Fostering family dynamics that boost entrepreneurship
How family investors can reap what they sow in vertical farming with Vertical Future