Entrepreneur Crystal Call Maggelet led her father’s petroleum empire out of crises and into a secure diversified future, ready for her next generation to eventually take over. Entrepreneur Crystal Call Maggelet led her father’s petroleum empire out of crises and into a secure diversified future, ready for her next generation to eventually take over.

In addition to her role as chairwoman of FJ Management’s board, Maggelet is a director on the Pilot Flying J board, a director on the Savage Services Board, and serves on the Utah State Board of Regents, Liv Communities Board, Intermountain Healthcare Board, Salt Lake City-Utah Committee for the Games, and also the Zions Bank Advisory Board.

She is involved in managing her family’s charitable giving through the FJM Impact Fund, which focuses mostly on education and scholarships. Maggelet also co-chairs the Intermountain Healthcare Primary Promise Campaign and is a member of the Sundance Institute Utah Leadership Council.

The Harvard Business School graduate and winner of the national 2018 EY Entrepreneur of the Year for Family Business Award is also a mother to her four children aged 20 to 25.

CampdenFB spoke with Crystal Call Maggelet at EY's 2019 Strategic Growth Forum about leading her family business out of crises, dealing with a non-family chief executive, finding opportunities beyond petroleum and handing her parents’ legacy to her children.

Our family business started in 1968. My parents started building service stations and they continued to do that into the early 1970s. Then there was a downturn and the OPEC crisis, so they built a few hotels. Eventually in the early 1980s, with an acquisition my dad [Jay Call] made, we had a fully integrated oil company, from exploration and production to retail facilities. We mostly were a retail company in general and, in 1979, one of my dad’s executives had an idea to build a truck stop, so they built one. It was wildly successful and they built a truck stop network across the United States.

In the meantime we ended up starting a bank and a credit card processing company and many businesses around the US trucking industry. As well, we bought a pipeline and an oil refinery.

My dad passed away in 2003 in a plane crash and our company was run by a professional manager, a chief executive, and in 2008, when oil went from $140 to $30 a barrel, our company went into bankruptcy. We were the 15th largest private company in the US at that time. I had not worked for the company at the time, I was on the board, and in three weeks, the professional manager was gone and I became CEO. We came out of bankruptcy a year and a half later and paid everyone back plus interest in 2010.

A couple of years later, we bought a convenience store chain, Maverik, and we have today 340 convenience stores. We still have a minority ownership in the truck stops. We are starting a healthcare division and we have kind of a traditional family office that does a lot of private and public investing. That is as short as I can make this story.

How would you like to see your family business grow when you hand over control to your daughter?

It is in a really good place right now. We are not extremely risky. For me, why I like what I do, we provide a tonne a jobs for people and we are at a point where we can start giving back, not just to our employees, but also to our communities and that is how I would want to continue to have the company go for many generations. To have the ability to provide secure jobs for people and to have the ability to give back in whatever ways are interesting to the next generation. I don’t want to just give them a pile of money and say we have a family office because having an operating company and employees is challenging. 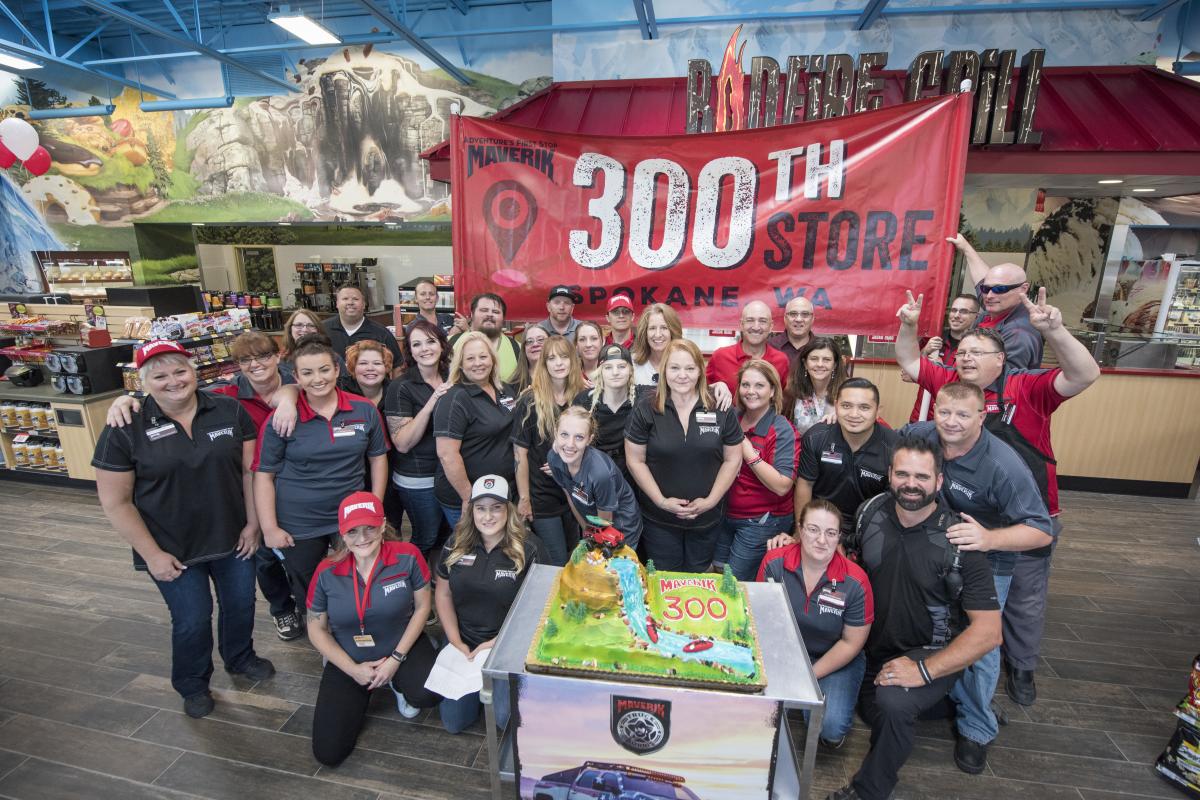 What did the Global Financial Crisis and bankruptcy teach you?

It taught me to have control over our family business because we did have control from a stock perspective, but my dad taught us to trust this professional manager. And even though he passed away, my dad had trained me very much through his actions and words that this guy was great and there was no one better to run our family business, so sit back and enjoy the ride because he is amazing. So, I want to be sure, as best I can, that our next generation are stewards of the business and understand enough so they can push back. Even if I find the best CEO ever, they would still question that.

Do you see one of your children being chief executive after you or do you think you will bring in an outsider?

I think that, Lexi and her brothers and sisters are 20 to 25, so there maybe another CEO in between maybe, but I think and hope that one of them becomes CEO eventually, but I am not sure it will go from me to them directly. The company is pretty complex and they will have a lot of years and we will have to train them to take over. I think it would have been helpful to me had I had a more specific training plan and not just dumped in the business.

Your husband is the president. What is it like to be your husband’s boss?

He is CEO of Maverik, our convenience store business. It’s interesting being the boss, sure. He is very smart and has been by my side, he is amazing. And he is very different, he is analytical and I am not. He is always there to ask me questions and challenge me and that is really good. And I hope I do the same for him. That is a question you should also ask him and see how he feels. I really admire him for doing it as it’s a very hard role to play. It’s very unusual to have both husband and wife in controlling positions.

What do you think are the big challenges and opportunities for the business over the next couple of years?

Well, the petroleum business is what we still are largely in and you would think that isn’t an opportunity, but it continues to be a huge opportunity for us. Our convenience stores do amazing [business] and we build about 25 or 30 a year and so there seems to be still an opportunity. I understand where that business is going, but I don’t understand the timing of it.

Do your convenience stores have electric charging stations?

A couple of them do, but no one uses them. But we are trying. We are actually developing healthcare businesses. One of the reasons Lexi chose her major [Human Development and Ageing], I think, is because we identified the ageing population as an opportunity and very different from petroleum. Now we are building some assisted living. We are about to open our first psychiatric hospital for geriatrics. And we have a private equity health service company that we are the single LP for, which is like our health business development I guess. Those are huge opportunities, I hope, away from petroleum.

Do you see the day when you will have to sell your petroleum business due to social expectation and values?

Well, have to sell, that is the question. If you want to get the highest value for it, you would sell it right now, probably. Because it is such a sellers’ market. It is something you have to think about because you don’t want to be buggy whip and trying to sell your company then, unless you build another company big enough and ride it into the sunset. If you care about employees, then other things matter. Also convenience stores sell food and other things.

What advice would you give your daughter before she ran the business?

Follow your dreams and passions. Work hard. Be honest with people. Take risks whilst you are young.