Dilhan Fernando is a man of faith on many levels. The youngest son of the founder of Dilmah Tea has faith in the quality of the genuine Ceylon tea they produce, faith in the philanthropic Christian tenets his father raised in him and he instils in his children, and faith in family business as a model for global success that works, if managed well.

“I would encourage family businesses to stay true to their values and to consider how they might re-engineer themselves to adapt to the challenges of the 21st century rather than sell out,” Fernando says.

“I have seen too many family businesses, great businesses, selling out only to be then mildly re-engineered and be successful again. We need to understand that as families, we have something much greater than what transnational corporations can add to a business.

Fernando is passionate about family enterprises unlocking their innate value to remain in family ownership.

“Lots of people tell me, ‘Corporations have the abilities and the resources’, but all those resources come from individuals. So whether you need to redesign your business, whether you need to redesign your alignment, brainstorm where you are heading, you need to do it. A lot of businesses unfortunately remain fossilised in what they believed at the outset, and all the multinational or transnational buyer of a business does is simply realign them to the 21st century.”

Fernando embodies the infusion of new ideas and enthusiasm that savvy second-generation family members must bring to the family firm if it is to survive and thrive beyond one generation. However, the 49-year-old director of MJF Holdings Ltd, knows it is a fine balance between respecting the pioneering heritage of his 82-year-old father’s legacy and appealing to a global market of billions of consumers with ever-changing tastes.

Among several initiatives, Fernando was the driver behind the “t-Lounge” concept, which evolved from the Dilmah School of Tea and launched in Colombo in 2003. Instead of weakening their product and reputation to widen their customer base and cut costs, the Fernandos doubled down on the upmarket appeal of their unblended Ceylon range by working with tea mixologists and chefs. They created t-Lounges to offer casual tea drinking experiences for a new generation of discerning tea lovers, in seven Asian and Middle East locations, complete with smartphone app. Hot tea became cool.

Quality and integrity to a tea

How did it all begin? In the 1950s Merrill J Fernando combined his life-long knowledge and passion for tea with tackling a major obstacle – how to create a distinctly Sri Lankan tea. Post-colonial economics prevented him from marketing Ceylon Tea packed fresh at its Sri Lankan origin. So in 1974 he established his own company, MJF Exports Ltd, to produce pure Ceylon teas - a forerunner of the MJF Group which he chairs to this day. 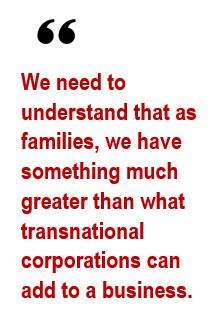 The group’s flagship Ceylon Tea brand is Dilmah Tea, named after Merrill’s two sons, Dilhan and Malik, and is now Sri Lanka’s only global household name. Its parent company Ceylon Tea Services reported revenues of LKR7.24 billion ($47.4 million) in 2016. Since starting out in tea production over 40 years ago, MJF Group has expanded into six sectors (see box out) from financial services to boutique resorts, including Resplendent Ceylon.

Fernando was aged 19 in 1989 when his father brought him into the company as a professional. He was content to work in different departments at his own pace and grew into the business as it grew over the next decade. His father’s commitment to integrity, tradition, and personalised customer service became his own.

“Over the years it has evolved, but we have a very clear structure within our business where my father overlooks all our businesses [in MFJ Group],” Fernando says.

“We have the tea division, then we have tea brokering, the tea plantations, as well as the plantations that are held jointly with other groups, plus a growing and quite dynamic leisure division where my brother [Malik] has developed several premium properties [Resplendent Ceylon],” Fernando explains. “My areas would principally be tea, but I suppose equally the foundation, charitable acts of the business, the conservation, and the environmental aspects.”

The family is working this year on a charter to ensure the legacy of the business continues, he says. Certain principles have already been incorporated and protected, such as giving 10% of their pre-tax profits to charity, “but beyond that there are so many aspects that are hard to define, such as the principle of dignity and our humanitarian activities. The principle of direct delivery of assistance, and the performance measure of changing lives, rather than the convention of corporate social responsibility parameters.”

Fernando studied at the London School of Economics and worked at tea packaging factories owned by friends of his father’s to learn their best practices. He returned to the Dilmah Tea operation and worked his way up. Staff were asked not to consider either Dilhan or Malik the sons of the boss, Fernando says.

“That helped us to a large extent because we were able to earn, rather than demand, the roles we eventually fell into,” he says. 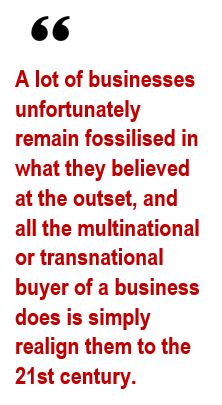 I meet the warmly engaging Fernando at the International Food and Drink Event 2017 (IFE 17) in London’s Excel arena. Globetrotting from Sri Lanka to industry expos such as IFE at least half a dozen times a year to give the personal touch was “entrenched” in the family business ethos by his father. Octogenarian Merrill still fulfils his share of engagements, including a recent trip to Dubai.

Fernando sees the wisdom in attending worldwide trade events in person and interacting with clients, distributors, and Dilmah Tea’s own representatives.

“I think that if either of us were not to be present at an exposition, some of our existing customers might take offense,” he laughs.

“I think at a macro level it also reflects our personal commitment. In order to be effective in business and the more successful a business becomes, the more you need to know about what is happening in the market. As a family, if we wish to project our passion and our commitment to quality in a very sincere way, we need to make sure that those principles are understood.”

Tea in the DNA 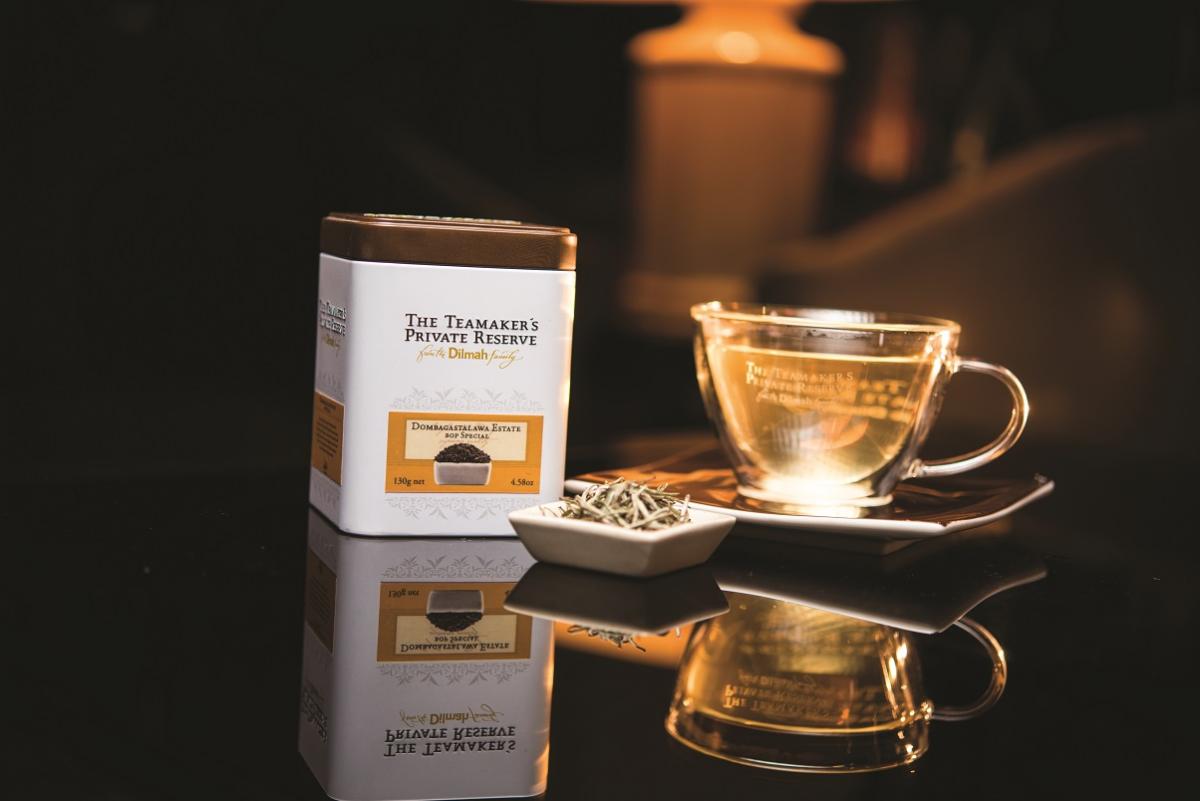 Dilhan’s three children, his eldest son is aged 16, will have to earn their positions in the family business, just as he did. His older brother Malik has two teenaged daughters ­– one studies medicine at the University of Bristol in the UK and the other studies business at University College London.

Dilhan says the group is large enough for the third generation of Fernandos to find their niche within it, should they choose.

“I am giving them choice but with a great deal of bias,” Fernando quips, “in the sense that you know being a part of our family you are invariably involved in the business.”

“They call most of our customers ‘Uncle Thomas from Poland’ or ‘Uncle William from Holland’ because they come spend time at home. And our major customers are also our friends, so as a result the children have become very close to them. They have got close to their next generation.”

The Fernando brothers also support their father’s beloved humanitarian MJF Charitable Foundation. The non-governmental organisation and registered charity officially launched in 2002 and is the vehicle through which the family distribute much of their philanthropic wealth to the underprivileged in Sri Lanka. The foundation provides vocational training, cares for children with disability, runs women’s empowerment programmes, nutritional programmes and improves medical and educational facilities for more than 30,000 workers and their families on MJF Group plantations, and the 1,500 staff and workers in its trading and production activities. 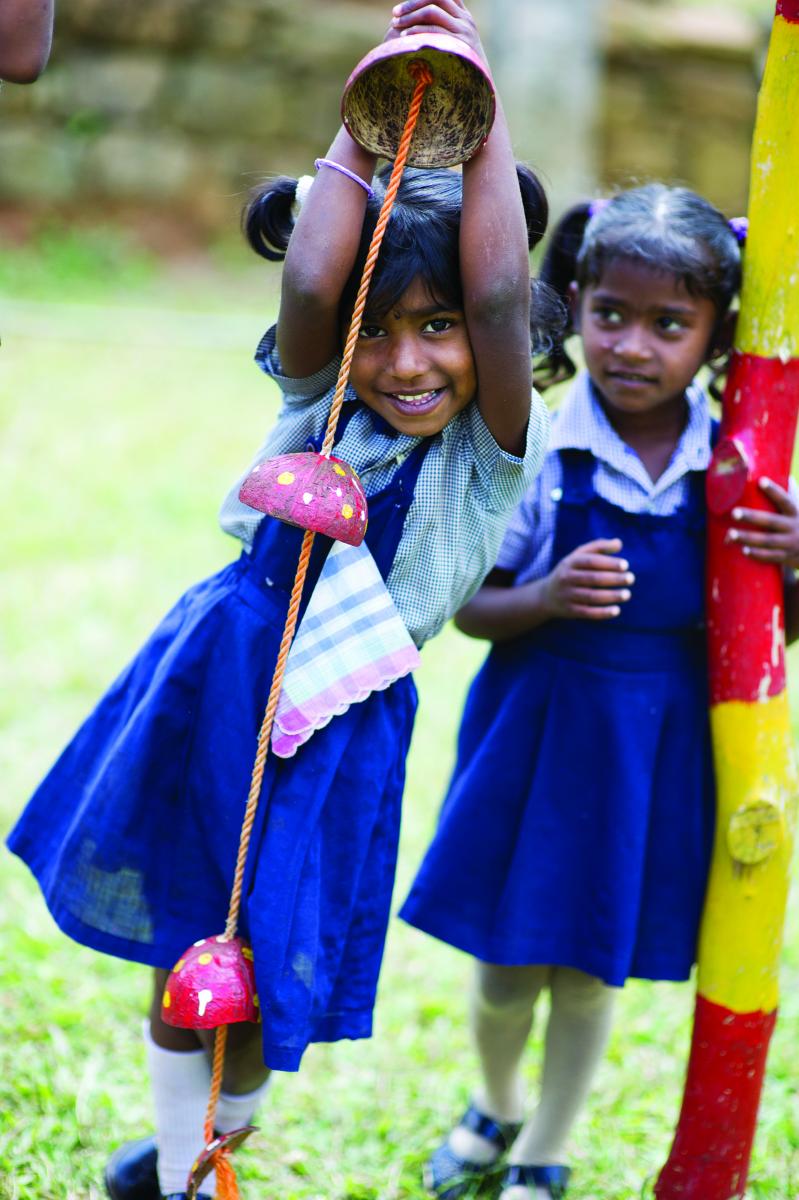 From the age of three, Dilhan has brought his children on the weekends he pitches in on the family’s foundation or conservation work. They see for themselves the philanthropic good achieved as an outcome of their family business. Dilhan hopes those outcomes will encourage them to settle into the business in time, “but of course if they decide that they [want to] go elsewhere I would wish them well.”

In any case, the Fernandos have their faith to pass down and keep their generations on the moral, spiritual, and financial straight and narrow over the coming decades as the struggles Merrill J Fernando faced to establish Dilmah Tea pass from memory to folk tale.

“What I teach my children is that we do not have a right to all of this,” Dilhan says.

“I believe that God blesses people who are blessed to be able to pass it on, and to be able to benefit others. So in that sense, I have no doubt that if I am able to instil those Christian values into our children, that I will never have an issue.

“When you understand that your success is not generated by yourself, but by blessings from God, then I think you automatically acquire humility. At the heart of it all is humility. And if you lose that humility, that is the day that your business begins to go south.”

Related Content:
Governing and professionalising your family business to success
How to keep Millennials in line for succession
Featured In Issue:
CampdenFB Issue 70

The changing face of growth equity in Europe
Not all inflationistas wear flares: Why the new inflationary era won’t be like the 1970s
How to give equal opportunities to employees in family businesses?
FB Roundup: Prada, Bahlsen, Adani Group
From Vincent Massey to Ed Rogers: Canada’s history of family firm feuds rivals Succession