Indian conglomerate Godrej is one of the fastest growing companies in the world. David Bain talks to its chairman about the family aspect of running the business – and why it’s growing so quickly. Indian conglomerate Godrej is one of the fastest growing companies in the world. David Bain talks to its chairman about the family aspect of running the business—and why it’s growing so quickly.

Paul Polman, the boss of the huge consumer products company Unilever, makes regular visits to India. In fact, since he became chief executive in 2008, he’s been there at least five times.

Polman isn’t going because he likes the country any more than he likes anywhere else in the world. But rather, the 51-year-old Dutch businessman travels there frequently because India is at the forefront of the worldwide fight to remain top of the fiercely competitive consumer products sector, which of course Unilever has a big say in.

And it’s not Procter & Gamble, Unilever’s biggest overall rival, Polman is most worried about in India. No, it’s a local company – in fact a third-generation, family-led and owned powerhouse called the Godrej Group that concerns him most.

Godrej might be a minnow in terms of sales when compared with the mighty Unilever – in its 2010 fiscal year, the Mumbai-based company had revenues of €2.5 billion, compared with €44.2 billion at Unilever – but it’s growing faster than the Anglo-Dutch company, which operates in the country through its subsidiary Hindustan Unilever. 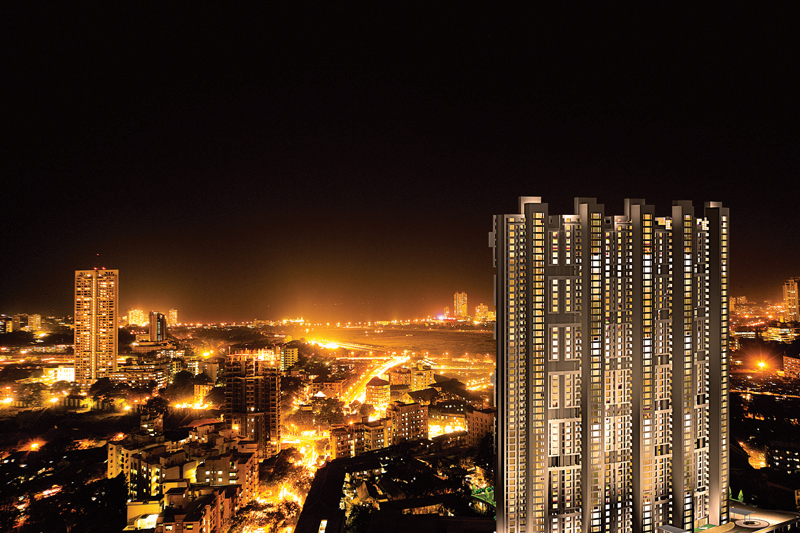 In the three-year period up to the end of 2010, Godrej grew in dollar-revenue terms by 40%, making it one of the top 50 fastest growing family-controlled businesses in the world (see page 33). And last year, Godrej’s consumer goods unit increased its sales by 78%, compared with Hindustan Unilever’s 12%. To be exact, Godrej doesn’t just derive its earnings from shampoo and soap products. The 114-year-old company that got its start in manufacturing locks when India was a British colony is in many ways a typical Indian family-owned conglomerate, involved in a host of businesses from real estate to precision engineering.

Up until the early 1990s, Indian companies found it very difficult to expand outside of the local market because of exchange controls. A closed economy led them to expand and innovate into lots of different businesses at home in order to make sizeable profits. This gave rise to the archetypical family-controlled local conglomerate that the rest of the world are increasingly getting to know, names like Tata Group, Reliance Industries, Aditya Birla Group and the much smaller, but no less significant, Godrej. 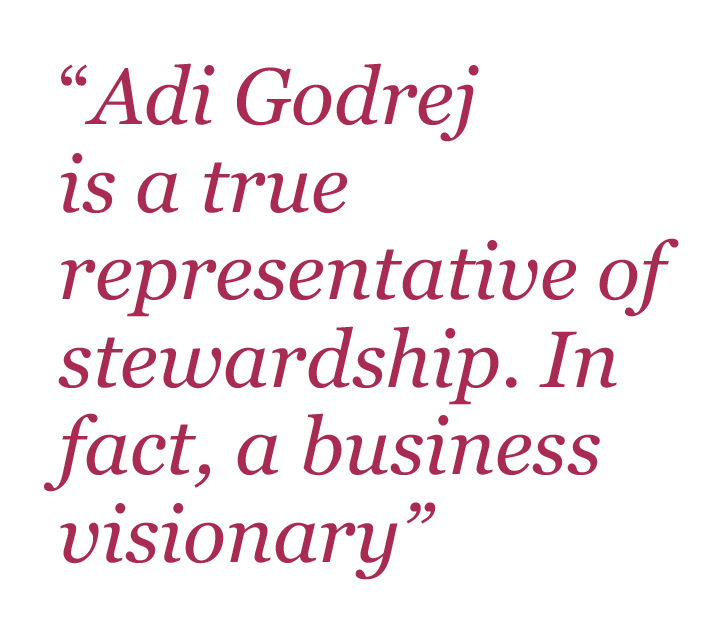 The business is currently in its third generation of Godrej family control. And sitting at the apex of that control is its chairman, Adi Godrej. He’s generally regarded as the person who has built the company into the rapidly growing multinational it is today. Some say he’s one of India’s greatest business visionaries.

“The leadership qualities of Adi Godrej have been phenomenal,” says Kavil Ramachandran, a professor at the Indian School of Business. “He is a true representative of stewardship. In fact, a business visionary.”

For Adi, the importance of the family element of running the business is uppermost, central to its ambitions – which are considerable. “We think we can continue to grow at a very rapid pace and yet maintain family control,” says Adi. “Indeed, we feel we can grow about 10 times in 10 years without diluting family control,” he says. If that rate of growth is achieved, Godrej will start to rival, in terms of size, companies like Tata and Reliance Industries – even Unilever. 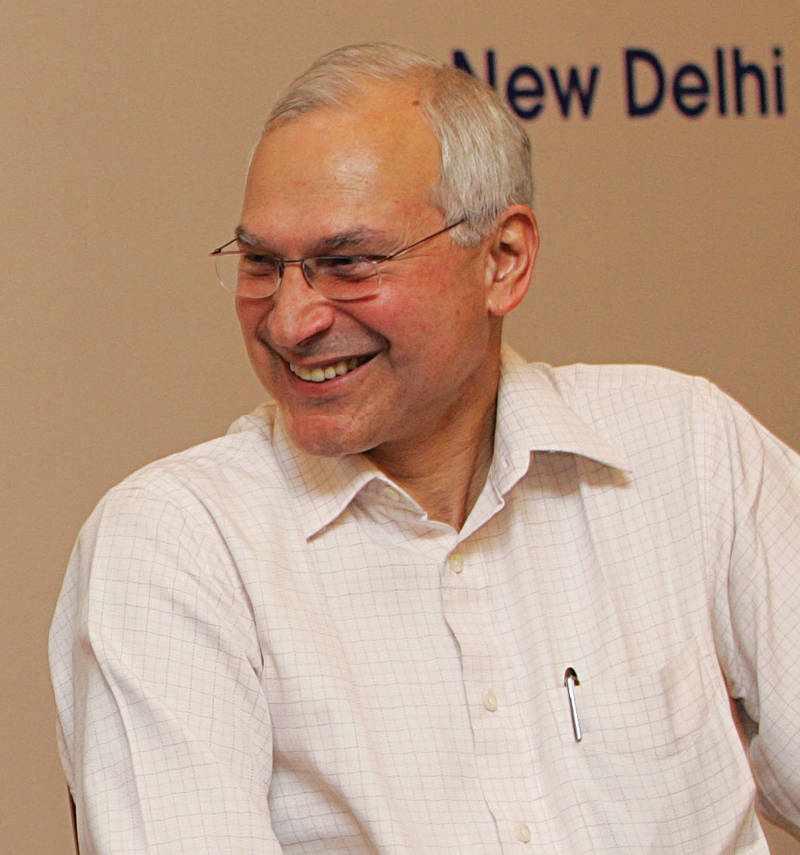 How much the Godrej family actually control of the business is difficult to decipher because of the huge number of businesses that make up the group. Three companies within the group – Godrej Industries, Godrej Consumer Products and Godrej Properties – are listed on the Mumbai Stock Exchange. But Adi reckons that even after the public ownership bit is taken into account, the family probably owns as much as 90% of the business.

With virtual complete control of the Godrej group of companies, it’s hardly surprising that family members are prevalent in senior roles at the conglomerate. Adi’s brother Nadir is managing director of Godrej Industries. Jamshyd Godrej, Adi’s cousin, is chairman of Godrej & Boyce, the holding company of the group. And Adi’s three children all work at the firm. Son Pirojsha works as an executive director for the business’s property arm. Eldest daughter Tanya is head of the group’s brand, marketing and media initiatives, and the younger daughter, Nisaba, works as head of human resources and guides corporate and social responsibility at the group. Earlier this year, Pirojsha was voted as one of the top next-generation business leaders in CampdenFB’s 40 under 40 survey.

Ramachandran reckons the fourth generation are leaders in the making. “They all have proven to be entrepreneurial leaders in different parts of the organisation,” he says. “I do not think there is anything to worry about when it comes to the leadership skills of the group.”

Although family members pepper senior roles at Godrej, Adi says two guiding principles at the company help to mitigate any accusations of nepotism. One is that family members who work in the group should have a strong educational background and the other is that a non-family chief executive should head most businesses within the empire.

“I think it is extremely important that a large and growing family business is well staffed with senior professional managers to ensure the business is taken forward systematically and with accelerated pace,” says Adi. “We have a tradition that most of our businesses are headed by a non-family professional chief executive.” 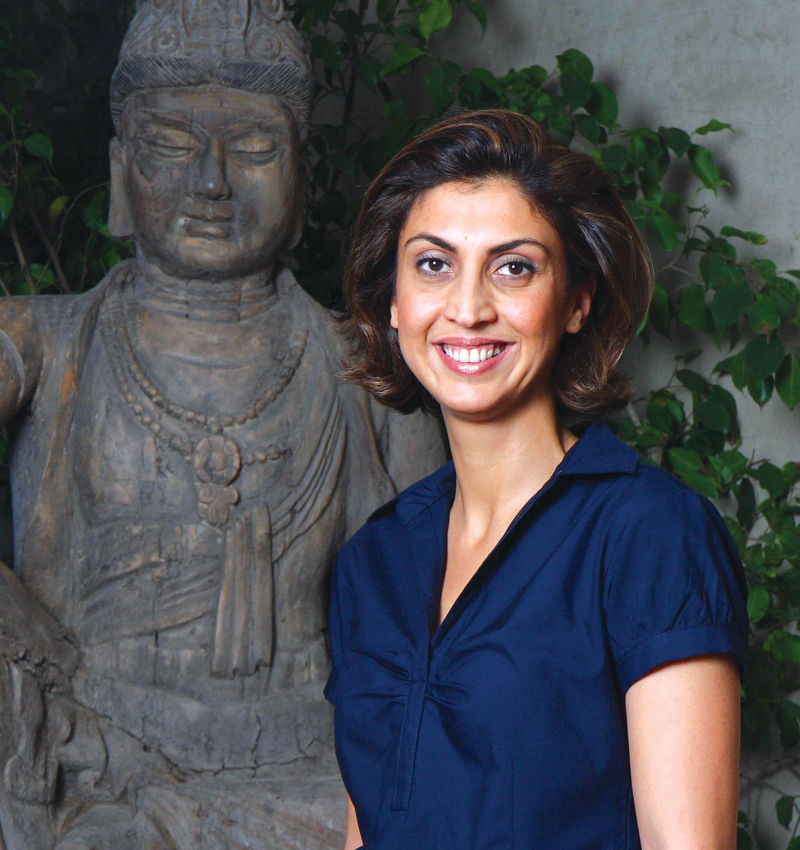 When it comes to the education of the family, the Godrej clan is pretty clear – only the best universities will do. Adi holds a degree in management from the Massachusetts Institute of Technology. Tanya has done the advanced management programme at Harvard Business School, Nisaba has an MBA also from Harvard, and Pirojsha has an MBA from Columbia University.

“We are very clear that family members entering the business should be at least as well qualified as the best of non-family professional managers,” says Adi.

This arrangement, Adi reckons, works well, enabling non-family senior managers to realise their ambitions within a family-controlled business. Of course, non-family senior managers’ ambitions are easier to satisfy when the business is growing rapidly, which is the case for Godrej. But managing this harmony between non-executives and family members when times are tougher is, as any business school professor can testify, more difficult. Nevertheless, Godrej’s ambitions and being based in one of the fastest-growing economies in the world might mean that having to deal with frustrated non-family business managers could be someway off.

But what about harmony between the family members working within the business – how is that achieved now that the business involves fourth-generation members? One thing that strikes observers of Godrej is the apparent level of harmony between generations of the family in its more than one hundred years of existence. Looking back on the history of the company, there is nothing to suggest any big family schisms have occurred, at least in the public eye. Now with fourth-generation members taking senior roles, maintaining harmony among an increasing number of stakeholders becomes even more crucial for the business. 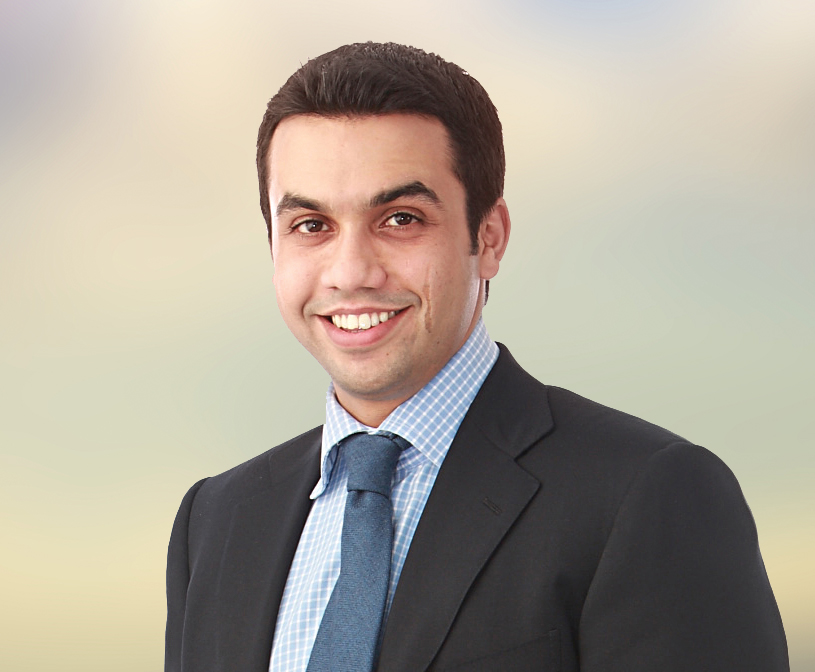 Godrej set up a family council in 2002 that meets twice every year and is attended by all members of the family who are 18 years of age and above. Family members working at the business also meet every Thursday for lunch, presumably to discuss the issues of the day at the business and agree a common front.

Adi won’t be drawn on some of the softer issues around why the Godrej clan has managed the family side of the business so well. But some of this solidity might be understood through their religious beliefs. The Godrej family is a follower of Zoroastrianism, the religious and philosophical belief system that teaches, in its most basic form, that mankind is ultimately good and that this goodness will finally triumph over evil. That’s something they certainly don’t teach at business school.

But Adi might prefer to emphasise non-religious prophets when it comes to business. Top of his list are the late Steve Jobs and the former General Electric chief executive Jack Welch. His choice of two leaders who have pushed the boundaries of global business might give some idea of his ambitions for Godrej.

As the Indian economy has opened up, Godrej has correspondingly expanded abroad, acquiring companies in other fast-growing emerging markets, where Adi sees the best opportunities for the future of the business. It recently bought a haircare company in Africa, and last year Godrej bought companies in Nigeria, Indonesia and South America. Around 30% of the group’s revenues now come from outside of India.

The family talks about Godrej being a mini Unilever, or a Unilever for emerging markets. “Already about 500 million Indians use one of our consumer products each day and another 50 to 100 million outside India,” says Adi. “That places us among the top five companies headquartered in the developing world in terms of the number of consumers catered to.” 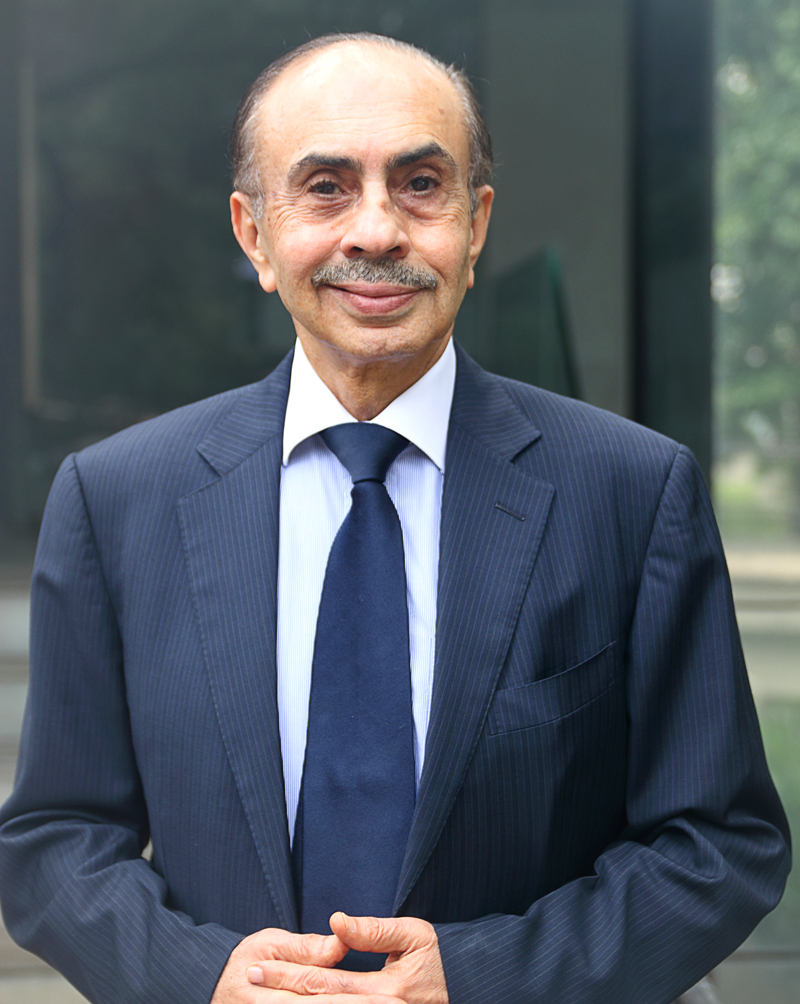 What is for sure is that the family business has no shortage of capital to realise its ambitions. The group is sitting on little debt and owns a huge amount of land in India’s business capital that is potentially worth billions of dollars.

So what are the challenges for Godrej?

Observers say that in spite of the apparent leadership skills of the fourth generation, no obvious successor to Adi has been chosen. “He’s been such a force at the business that he will be difficult to replace,” says a close observer. “The pressure to name a successor is moving into critical territory as Adi is about to enter his seventh decade.”

Pressed on a successor, Adi wouldn’t name one. But could it be one of his daughters, who come equipped with the educational background approved by their father and the apparent wherewithal to run businesses? If that were the case, it would be a first – so far, there has been no woman running one of the sizable family-business conglomerates in India.

Whatever the case, Adi is clear about one thing. “I expect that the chairman of the group will always be a Godrej family member,” he says. Given the achievements of the family to manage relations between themselves and with non-family managers, few might challenge Adi’s assumption.