The only matriarch of a Rothschild company is about to complete a four-year project to bring the dynasty’s billion-dollar private Swiss bank into full family ownership, with ambitions for growth through buy-outs. The only matriarch of a Rothschild company is about to complete a four-year project to bring the dynasty’s billion-dollar private Swiss bank into full family ownership, with ambitions for growth through buy-outs.

The independent family-run investment house Edmond de Rothschild (Suisse) SA announced it was in the final stage of becoming a fully family-owned, delisted and simplified entity. It would consist of more than CHF 170 billion ($170.6 billion) of assets under management, CHF 1.1 billion ($1.1 billion) of revenue and employ 2,700 staff across 29 worldwide locations.

Next month, the 66-year-old family group said it will offer CHF 17,945 ($18,027) for each publicly traded bearer share, or 15,500 francs after deducting the proposed dividend. Shares rose nearly 7% on the Zurich stock exchange when the initiative was announced last week.

Ariane de Rothschild (pictured), 53, is the wife of Benjamin de Rothschild, 55, who is the chairman of the bank Edmond de Rothschild since he took over as the sole heir from his father, the bank’s eponymous founder, upon his death in 1997. The couple have four daughters, aged 16 to 23, who are likely to inherit the restructured entity. 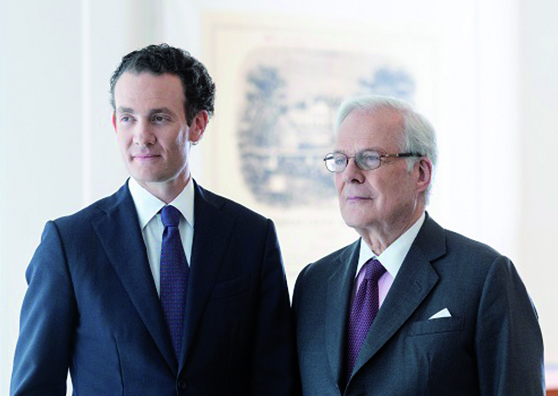 Ariane said in a statement she was named chairwoman of the bank’s executive committee in 2015 “with the objective of creating a sound and united banking group, benefitting from a unique and distinctive brand name, with a clear vision and a robust balance sheet.”

The entity said it remained “cautious” for the 2019 financial year, given the “very volatile geopolitical, economic and stock market environment.”

It would continue to adapt while modernising products, bringing its different businesses closer together and considering outside opportunities for growth as they came up.

The move followed the resolution in June 2018 of a three-year legal dispute between cousins Benjamin and David de Rothschild over the commercial use of the family name. The name became synonymous with finance ever since their great-great-great grandfather Mayer Amschel Rothschild founded a bank in Frankfurt in the 1760s.

In April last year, David, 76, retired as chairman to become the supervisory board chairman of Rothschild & Co, the $2.2 billion Anglo-French independent advisory group. In accordance with their succession plan and after 15 years’ experience, Alexandre de Rothschild (pictured with David), 38, became the seventh generation of the family in charge of the bank as executive chairman. It remains to be seen if the legal settlement and evolutions of structures and leaderships will encourage the two branches of the Rothschild family business to move closer together.