Kjeld Kirk Kristiansen, the patriarch of the Danish family-owned toy giant Lego, says it is important to sustain the group’s legacy as he transfers control to his fourth-generation son.

Kirk Kristiansen (pictured left and below), 73, grandson of founder Ole Kirk Kristiansen, will step down as chairman of the board of directors of KIRKBI in the spring of 2023. KIRKBI, the family’s private holding and investment company, announced the succession plan this month.

Majority shareholder Kirk Kristiansen has served as chairman and a member of the board since 1974. He will be succeeded by his son, Thomas Kirk Kristiansen (pictured with his father), 42, as the new chairman. 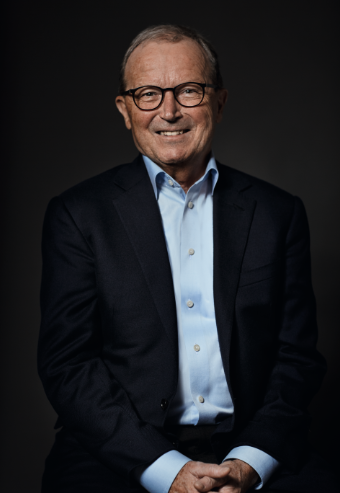 Kirk Kristiansen said he and his family have prepared thoroughly for the future for several years.

“KIRKBI has grown significantly and manages many exciting activities in addition to the Lego ownership,” he said.

“The Lego Group is so much more than a company to us. We have a clear purpose, which is about the importance of play to children's development, learning and well-being. The passion for play and learning has always been the driving force in our family, and it is important for us to sustain this legacy for future generations.”

Kirk Kristiansen said his son has held the role as most active owner on the family’s behalf since 2016. Thomas Kirk Kristiansen had undertaken the role of chairman of both the Lego Group and the philanthropic Lego Foundation with “vision, diligence and care,” he said.

“His accession to chairman of KIRKBI in the spring of 2023, shortly after I turn 75, is a natural next step in the gradual handover between generations.”

Thomas Kirk Kristiansen said he had the opportunity to work closely with his father for more than 10 years. The tenure had been a “fantastic opportunity” for both, as it had given them time to prepare for the future together.

“I am pleased with and proud of the confidence that my father and my siblings have always shown in me,” he said.

“An active and engaged family ownership of the Lego Group and KIRKBI’s activities is important for our family, as we wish to contribute to a sustainable development in the world with opportunities for children to learn and develop through play.” 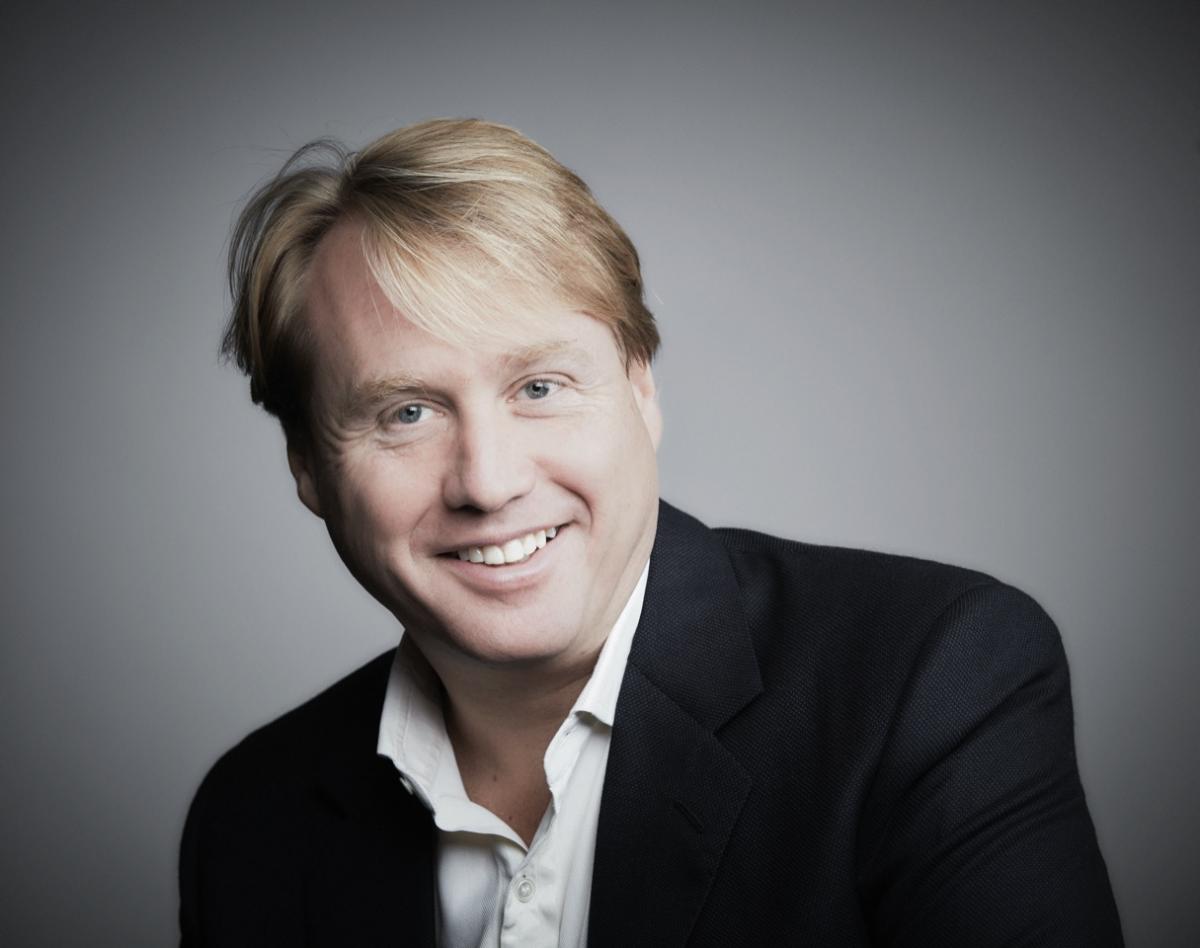 The heir to the British family-owned heavy machinery manufacturer JCB has launched a £1 billion ($1.3 billion) hydrogen investment fund with a multi family office.

Jo Bamford (pictured left), 43, a board member of JCB Ltd and former managing director of JCB Utility Products, is the founder and executive chairman of Ryze Hydrogen. Bamford, a self-described “clean energy enthusiast”, is responsible for the strategic direction and oversight of the Oxford-based business which aims to build the United Kingdom’s first network of green hydrogen production plants. Ryze says it supplies organisations operating heavy duty and long-range fleets, looking for a “simple and affordable” conversion to green hydrogen.

Bamford’s Ryze has set up the Hycap private equity fund with Vedra Partners, a multi family office in London, co-founded by financier Max Gottschalk (pictured below). With Bamford as chairman and Gottschalk as co-director opposite James Hughes, the fund has reportedly raised $277 million to invest mainly in UK businesses in a bid to boost the production and supply of hydrogen made from renewable energy.

The Luxembourg-registered fund is looking to raise £1 billion ($1.3 billion) and has reportedly identified more than three-dozen possible investments.

“People in the financial world are really excited about going green,” Bamford told Bloomberg, adding his family have invested about £100 million ($138 million) into the venture.

“There’s not much around in the world of hydrogen at the moment in terms of, ‘How do I actually invest in it?’”

Bamford is also the owner and chairman of Wrightbus in Northern Ireland, hailed as the first manufacturer in the world to have hydrogen and battery-electric vehicles in production, with buses around the UK. He is the son of Lord Anthony Bamford, 75, billionaire chairman since 1975 of the Staffordshire-headquartered listed firm JCB. Jo Cyril Bamford is the grandson of the late Joseph Cyril Bamford, who founded the $5.6 billion family business by building and selling farm trailers from his shed in 1945. 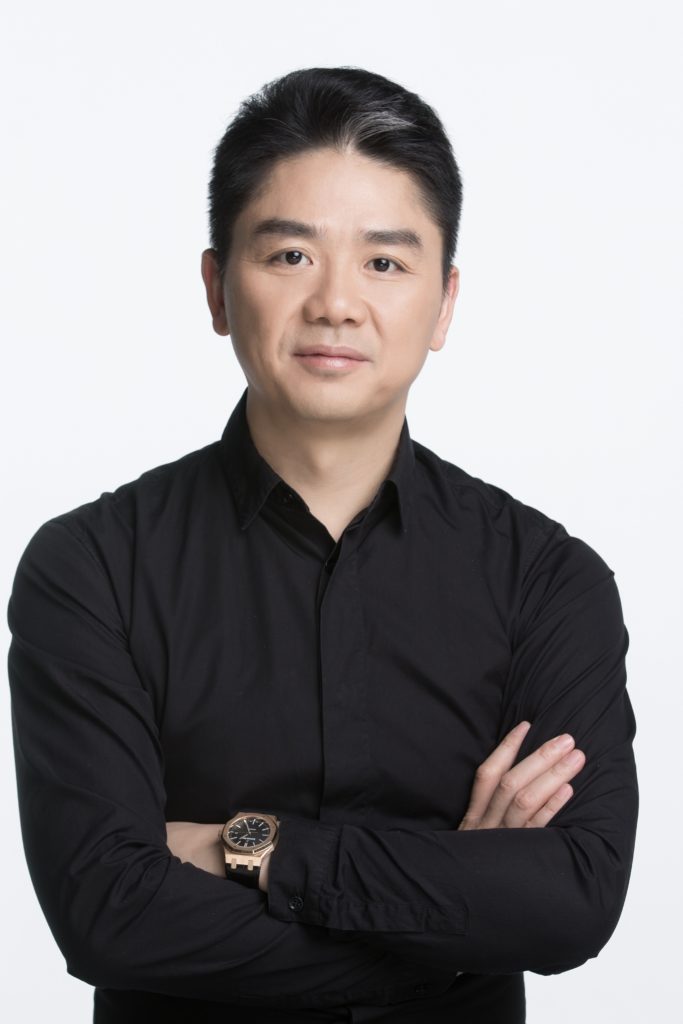 Richard Liu, described as the “Jeff Bezos of China”, has relinquished day-to-day control of the e-commerce giant JD.com he founded, following the trend of Chinese tech tycoons stepping away from their top jobs.

The e-tail group announced this week Richard Qiangdong Liu (pictured left), 48, will remain the chairman and chief executive of JD.com. However, Liu will devote more time to formulating the company’s long-term strategies, mentoring young managers and contributing to the revitalisation of rural areas, the company said.

Liu, a father of two young children, founded Jingdong by leasing a tiny retail unit in Beijing’s technology hub Zhongguancun in 1998. His business has grown into one of the largest business to consumer online retailers in China and a member of the Fortune Global 500. For 2020, JD.com reported in March net revenues of $114.3 billion, a 29.3% increase from 2019.

Liu is the latest celebrity internet magnate to have stepped out of the limelight while the tech sector and its wealth faces scrutiny from the Chinese government. Among them, Jack Ma Yun (pictured below), 57, co-founder and former executive chairman of Alibaba Group, has not been seen in public for months after the planned listing of his Alibaba spin-off fintech company The Ant Group was cancelled by the authorities.

JD.com appointed Lei Xu as its new president, alongside Lijun Xin as chief executive of JD Retail and Enlin Jin as chief executive of JD Health International. Xu will lead daily operations and collaborative development of business units within JD.com. Since joining the company in 2009, Xu has held several leadership roles within sales and marketing at JD Retail and was credited with achieving “high-quality growth” for three consecutive years.

“Looking to the future, the correct long-term strategic design, the growth and development of young talents, and the healthy and coordinated development of various business units will continue to be the driving force for JD in doing the hardest and most challenging, but right and most valuable things for the industry.”