The heir of the founding family of Nintendo says his new $919 million family office will be involved in projects which help create a more exciting future for the world, as well as asset management.

Banjo Yamauchi, 28, established Yamauchi No 10 Family Office in 2020 and serves on its representative family council with other relatives. The next-gen Tokyo university graduate, who has a career in advertising, launched No 10 to manage the assets of his grandfather, Hiroshi Yamauchi (pictured). The pioneering president of multibillion-dollar video game publisher Nintendo died aged 85 in 2013.

Hiroshi Yamauchi adopted his adult grandson Banjo Yamauchi as his son, under Japanese custom. The next-gen told Bloomberg he received an “enormous inheritance” at the age 21.

“I had to succeed not only his fortune, but also his philosophy,” he said.

Drawing inspiration from Hiroshi Yamauchi’s journey and achievement, No 10 said its team was determined to “create a society that encourages people to nurture their unique creativity, pioneering mindsets and passion”.

The family office was resolved to “help create a more exciting future for the world by investing in well-intentioned entities and by implementing our own positive actions.”

Banjo Yamauchi told Bloomberg: “We feel that Japan is lacking the spirit of taking the challenge or risk to create something. That’s the point we’d like to change.”

Of the 10% of Nintendo stock held by Hiroshi Yamauchi upon his death, Banjo Yamauchi and his biological father each received 3% while a pair of aunts each received 2%.

Based in Tokyo, the structure of No 10 consists of a chief operating officer, a co-chief investment officer and a chief research officer, who previously worked for Schroder Investment Management, Deutsche Bank and Goldman Sachs. An executive assistant and two executive advisers round out the team.

Hiroshi Yamauchi was the third and final family president of Nintendo for 53 years until 2002. He transformed Nintendo from the hanafuda card-making company founded by his great-grandfather, Fusajiro Yamauchi, in 1889 to a $12.12 billion video game publisher and global conglomerate.

Merrill J Fernando, the founder of the Sri Lankan family tea business Dilmah, shows no signs of slowing down as he celebrates his 91st birthday, but his succession plan involving his sons is firmly in place.

The first tea grower to offer his tea to the world—"picked, perfected and packed at source”—also marked 71 years in the tea industry in May.

Fernando (pictured) entered the tea trade in 1950, as one of five Sri Lankan youths to be trained in the art of tea tasting in London, then the preserve of the discriminatory British. He founded his own business in tea upon his return home. However, he resisted the practice of western merchants of cheapening Ceylon tea by blending its leaves for re-export to maximise short-term profits.

He formed the Merrill J Fernando Company in 1968. He used the proceeds to “make business a matter of human service” by aiding the underprivileged through the Merrill J Fernando Charitable Foundation and supporting biodiversity conservation, restoration, environmental education and research initiatives through Dilmah Conservation. Since 2019, the family’s commitment to humanitarian initiative increased from 10% to 15% of the pre-tax profits of the MJF Group.

“Every individual, community and business has an irrevocable commitment to strive for a low carbon economy,” Fernando said.

“There should be no greater priority than ensuring that the quality of the air we breathe, the rainfall that provides our sustenance and the host of ecosystem services that make human life possible, are protected for our children and their generations.”

In 1988, Fernando named his fully vertically integrated tea brand Dilmah after sons Dilhan C Fernando (pictured left of Fernando) and Malik J Fernando (pictured right), who were taught the business from ground up. While still the face of authentic Ceylon tea for global consumers, the elder Fernando made way for Dilhan as chief executive in 2019. His succession plan remains in place into the 2020s, with Dilhan taking care of the tea business and Malik managing the diversified luxury leisure sector of the family business he developed, Resplendent Ceylon.

Povlsen’s net worth was pegged at £6 billion ($8.5 billion), up £1.27 billion ($1.8 billion) on 2020, and ranked 28th out of 250 wealth-holders by The Sunday Times Rich List 2021 this month. The owner of The Sunday Times is Australian family media business mogul Rupert Murdoch. His British-based film and television producer daughter, Elisabeth Murdoch (pictured), 52, ranked 138th with a fortune of £1.2 billion ($1.7 billion).

While most of his wealth stems from his family’s Danish fashion retailer, Povlsen was well positioned to benefit from more than a year of intermittently locked down UK consumers buying online with his majority stake at 26% in the fast fashion e-tailer Asos. The company instigated a sea change in UK retail with its cherry-picking acquisitions of the high street brands Miss Selfridge, Topman and Topshop from Sir Philip Green’s imploded Arcadia group. 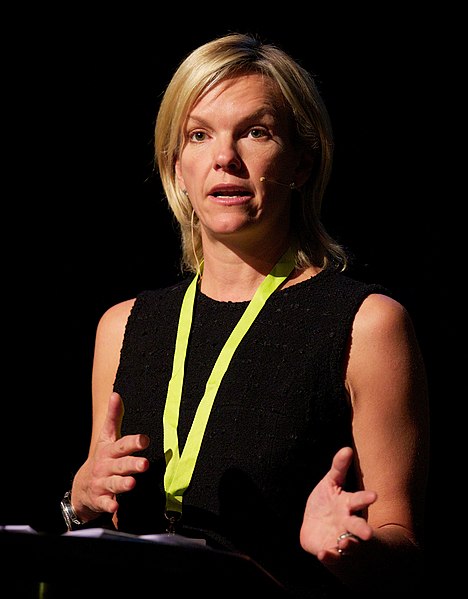 However, Povlsen has expressed displeasure on featuring on such lists.

“It’s not about money,” he told the Scottish Strathspey Herald newspaper.

“Real ‘success’ is measured very differently. We are a family business and the meaningful impact and enthusiasm we’re able to create through our businesses is what matters.”

The avid rewilding conservationist lives in Scotland and owns 93,000ha of land across 13 estates, more than the Queen and the Church of Scotland combined.

“The real crisis is us all, not having the humility and respect towards the natural world we all are a part of,” Povlsen said.

“We consume nature and its natural resources in an unsustainable way. But even worse I think, we pollute our soil, water, sea and air, to an extent, which is very sad to be a part of.”

This week Bestseller published its sustainability report for 2020, in which Povlsen said the textile supply chain remains “seriously disrupted” in the wake of Covid-19.

Among the initiatives reported by Bestseller, 84% of its total cotton consumption in 2020 was sourced more sustainably with organic cotton accounting for 23%.