In a statement, his family said Rausing (pictured) died peacefully in his sleep at Wadhurst Park, his estate in East Sussex, with his wife, Marit, at his side.

He is survived by Marit, three children—Lisbet, Sigrid and Hans Kristian—and seven grandchildren.

The son of company founder Ruben Rausing, who developed the first cardboard milk and juice container, Rausing co-inherited Tetra Pak—later Tetra Laval—alongside his brother, Gad Rausing, in 1983 after the death of their father.

Under the brother’s leadership, Tetra Pak continued to develop new packaging, growing into a multi-billion dollar enterprise. Rausing served as chief executive from 1950 to 1983 and then as chairman, until he sold his share in the family business to Gad for $7 billion in 1995.

Gad died in 2000, passing the now $15.2 billion revenue-making company to his children, Finn, Jorn and Kirsten.

After exiting the family business, Rausing focused on his philanthropy, and was awarded an honorary knighthood for his services to charity in 2005. According to a spokesperson, the family have donated more than $1.5 billion to charitable causes since 1995.

While none of Rausing’s children have entered the family business, all three are heavily involved with the family’s philanthropy. Lisbet, a science historian, founded the Aracria fund, which has made grant commitments of more than $598 million to charities and schemes that preserve cultural heritage and the environment.

Sigrid, a writer, set up the charitable trust, the Ruben and Elizabeth Rausing Trust, and has distributed $250 million to human rights organisations globally. Hans Kristian’s Julia and Hans Rausing Trust has given out grants of more than $225 million to charities working with arts, children, culture, health, mental health and science. 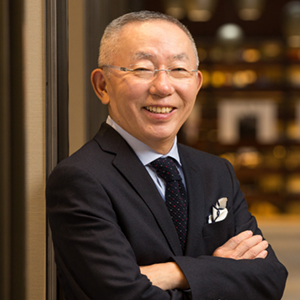 Billionaire Uniqlo founder wants to be succeeded by a woman

The billionaire founder of Japanese clothing brand Uniqlo has announced he would prefer his successor to be female, less than a year after promoting his sons to the board of parent company Fast Retailing.

Tadashi Yanai (pictured), the 70-year-old chairman and president of Fast Retailing, said being succeeded by a woman would be better for Asia’s largest retailer.

“The job is more suitable for a woman,” Yanai told Bloomberg.

“They are persevering, detailed orientated and have an aesthetic sense.”

Yanai and his family own a 44% stake putting their estimated net worth at more than $29 billion.

The comments come only 10 months after announcing the promotion of his two sons to the board of Fast Retailing as company directors, which many saw as a signal of his desire to eventually hand control over to them.

However, Yanai said he wants to increase the ratio of female senior executives to more than half the total. Fast Retailing has six women in such roles, after hitting its goal last year of having more than 30% of women in management positions.

Japan has faced scrutiny over its lack of gender diversity in top management roles—only 4.1% of women in the country hold executive titles at publicly traded firms. In 2019, the International Monetary Fund criticised Japan for “not making progress in gender equality”.

When asked to comment about a rumour that Maki Akaida, head of Uniqlo’s Japan operations and the company’s most profitable unit, could be a potential frontrunner for the role, Yanai said, “It’s a possibility”.

Any successor will be inheriting one of Japan’s most recognisable global brands. Revenue have grown consistently, reaching $18.9 billion in 2018. 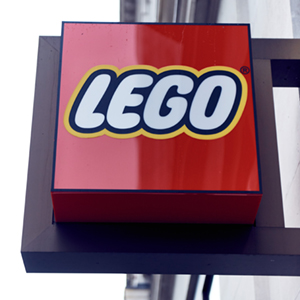 Toy models of Marvel superheroes have helped lift first-half sales at family-owned Lego Goup, as it continues its turnaround with investments into digital experiences and new stores.

The Danish toy-maker said it had increased its revenues in the first half of the year by 4% to $2.2 billion, with new toys linked to the Marvel Avengers films and Lego Movie sequel selling particularly well.

“We are satisfied with our performance given the transformative shifts which continue to reshape the global toy industry,” Niels Christiansen, Lego’s non-family chief executive, said.

“We continue to grow consumer sales and market share in our largest markets.”

In 2017, the company was forced to rethink its strategy after it suffered a slump in sales and profits, and had to axe 1,400 jobs. In an attempt to stay relevant to children growing up in the digital age, Lego has been investing in “digital play experience”, including its Hidden Side series, which combines their traditional plastic bricks with an augmented reality app to let children bring their models to life.

“Kids want to play with what they have seen,” Christiansen said.

Christiansen said to boost its relevance, the company will open more than 160 new stores this year—an increase of almost 40%.

“We have the ambition of getting to as many kids as we can around the world and getting to that means we have to keep gaining market share,” he said.

“We would rather do the investments upfront to be leading that change.”

Lego is controlled by the billionaire Kristiansen family, decedents of founder, Ole Kirk Kristiansen. Kjeld Kirk Kristiansen, grandson of Ole, is the chair of Kirkbi, the family holding company that owns 75% of Lego. Kjeld’s son, Thomas, sits on the board of Kirkbi.