UK billionaire brothers David and Simon Reuben have won a tender for Banco Santander’s headquarters near Madrid with an offer of $325 million after a Spanish court ruled in their favour.

The privately-owned Reuben Brothers Resources Group beat a rival bid by Santander, which pays millions of euros in monthly rent for the 250 hectare plot whose nine buildings include offices, restaurants and a residence for its employees.

Although the bank has not disclosed the rent it pays for the headquarters itself, last year, it paid $377 million in total to rent all its 1,152 offices, 10 buildings and the headquarters, according to its annual results.

A Santander spokesman said the bank, which offered $265 million, would appeal against the decision as it still has the right of first offer for the headquarters.

Santander sold its headquarters to Marme in 2018 for $2.1 billion in a 40-year-sale-to-lease deal and this latest sale comes as part of a liquidation settlement of Marme Investments.

The billionaire property and metal tycoons David and Simon Reuben built their fortune purchasing Russian aluminium before buying up large tracts of London’s landmark buildings. They are estimated to be worth $14.5 billion. David’s son Jamie Reuben currently sits as chairman of Reuben Brothers Resources Group.

Santander is run by fourth-generation family member Ana Patricia Botin. The global banking giant came under the control of the Botin family in 1909, when Ana's great grandfather Emilio Botin became chairman. Both her grandfather and father, both named Emilio, sat as presidents of the bank before Ana took over in 2014. 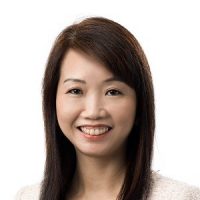 According to a filing by Ascott Residence Trust’s manager to the Singaporean Exchange last week, the sale price for the historic property is 64.3% above the property’s latest valuation of $158.5 million as at 31 December, 2018.

Once South-East Asia’s tallest building, the 20-storey Ascott Raffles Place has 146 units and has a 999-year lease.

Beh Siew Kim, Ascott Residence Trust chief executive (pictured above right), said the sale will help it realise an estimated net gain of $98 million, which will be channelled into new investment opportunities.

“The sale will give us the financial flexibility to recycle capital and invest in higher-yielding properties,” Kim said.

“We may also use the sale proceeds to pay down debt which will then increase our debt headroom for potential acquisitions of quality assets or to develop our own properties.”

Wealthy populations in emerging nations on track for fastest growth

While economic powerhouses like the United States, China and Japan are home to the highest proportion of the world’s wealthiest, it is emerging nations that are minting new millionaires faster.

According to a new report from ultra-high net worth research firm Wealth-X, the global high net worth population—those with a net worth of $1 million to $30 million—stands at 22.4 million and holds over $61 trillion in combined wealth.

The High Net Worth Handbook 2019 study analysed more than 540,000 high net worth individuals to forecast an outlook for global wealth growth over the next five years.

The report found that while the US maintains the highest population of high net worth individuals, the countries on track for the fastest growth among their wealthy populations are a few emerging nations across Africa, Asia, and Europe.

The report found Nigeria to be the front runner, which is set to see its high net worth population swell by a compound annual rate of 16.3% in the next five years. Egypt and Bangladesh followed, at 12.5% and 11.4% respectively.

The research echoes other growth forecasts, where less developed countries with a lower base wealth see greater relative growth.

The report also noted Poland and Kenya as “surprising cases” as they are not seen in traditional groupings of top emerging nations BRICS (Brazil, Russia, India, China and South Africa) and MINT (Mexico, Indonesia, Nigeria and Turkey).

The report found each of the nations’ wealth growth are different. Commodity rich nations Nigeria and Egypt attribute much of their wealth accumulation to energy exports, while Bangladesh draws its success from increased infrastructure investment.

India, Vietnam, the Philippines, and Kenya are the other countries that have been aided by greater structural investment, while Ukraine and Poland can attribute their growth to a boom in their tech sectors.

Lastly, China has benefited from its government’s national economic agenda, with it forecast to become home to 32 of the world’s 40 high net worth cities over the next five years.