Serial investor Josh Liberman is turning his attention to the rising Israeli technology scene with a partnership between his family office, Josh Liberman Investment Group, and Tel Aviv-based firm 10D.

A member of one of Australia’s wealthiest families, having made their fortune in oil, textiles, retailing and property, Liberman has formed Lumir Ventures to focus on backing Israeli companies.

“Over the past decade or so, I’ve organised and led about ten missions to Israel where I’ve taken hundreds of Australians, many of them for the first time,” said Liberman, who is also chairman of LJCB Investment Group, the primary investment vehicle of the Liberman family. “Lots of these individuals were amazed by the tech ecosystem and expressed an interest to co-invest with me in deals I was doing there.

“This ultimately led me to establish a fund specifically for Australian investors to gain access to my pipeline of Israeli technology start-up opportunities.

“Israel has traditionally been particularly strong in cybersecurity – and continues to be – however it now has successful and growing tech companies across a wide range of verticals,” the well-known tech investor continued.

“We’re not limiting the Lumir Ventures fund to certain verticals but rather will build a diversified portfolio of great tech companies across various sectors and market focuses.”

Led by Yahal Zilka, one of Israel’s leading venture capitalists, 10D was one of the first and largest investors in Waze, a navigation app acquired by Google in 2013 for $1 billion.

A former chief global strategist for Morgan Stanley Investment Management, Sharma will act as an advisor to the firm, be a resource to Rockefeller’s global family office and serve as the firm’s global brand ambassador.

“Ruchir brings not only great investing skills but additional intellectual firepower to the firm,” said Gregory Fleming, chief executive officer of Rockefeller Capital Management. “His position reinforces our commitment to the global markets. He’ll be a great asset to our advisors, bankers and clients across businesses and borders.” 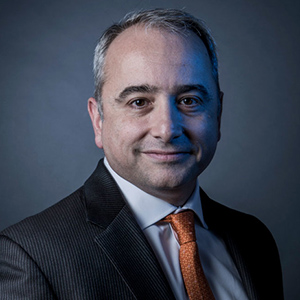 The Global Family Office of Swiss multinational UBS Group AG is being restructured to better serve the needs of ultra-high net worth families within its own investment banking business.

The new unit called Global Family and Institutional Wealth will be part of a newly formed larger business which will also house UBS Group AG’s trading, lending, prime brokerage and private markets activities when it launches in April. George Athanasopoulos will head up the entity, in addition to his current job as co-head of global markets in the investment bank division. This shakeup marks the biggest overhaul since chief executive officer Ralph Hamers came on board in September 2020.

Related Content:
Fearless entrepreneur: Werner Tschollar on breakthroughs in biotech and staying small and flexible in business
Venture capital and its growing importance in portfolios