Family business giant Walmart encouraging staff to make online-order deliveries on their way home is a “win-win-win” for workers, customers and the business.

The retailer is attempting to head off competition from Amazon and pitched the idea as a way for staff to make extra money, while the business cuts costs.

The “associate delivery” programme is voluntary and is being tested through a pilot at three stores, with plans to expand it across all 4,700 US sites, the company said in a blog post.

“Associates choose how many packages they can deliver, the size and weight limits… and which days they’re able to make deliveries,” the blog said.

“We also allocate packages based on minimizing the collective distance they need to travel off of their commute.”

Walmart, which turned over $117.5 billion in the first quarter of 2017, wanted to save on the expensive “last mile” of deliveries.

Founded by Sam Walton in 1962, Walmart remains controlled and partly owned by the Walton family with annual revenues approaching $0.5 trillion. Read our family portrait here. It is the largest company in the world by turnover.

The UK Competition and Market Authority (CMA) are sceptical of a plan by Heineken to take over 1,900 competitor taverns.

The Netherlands-based brewer has proposed a £403 million ($516 million) purchase of the Punch Taverns, a deal approved by Punch shareholders in February. But the CMA has raised concerns about reduced competition in 33 UK areas.

Andrea Coscelli, CMA acting chief executive, said Heineken would own just under 10% of British pubs after the merger.

“But we are concerned about the loss of competition for pub goers in a number of local areas. Without sufficient competition from rivals, pubs in these areas might be able to raise prices or worsen the service they offer customers.”

Heineken had until 20 June to address the authority’s concerns or face a full investigation.

David Forde, managing director for Heineken UK, said he was confident the company could satisfy the CMA’s concerns.

"This decision by the CMA acknowledges that there are only a small number of local areas where competition may be diminished,” Forde said.

Heineken, controlled by the eponymous family was ranked 459th on the 2016 Fortune Global 500 with revenues of $23 billion.

Nordstrom family to buy out

The Nordstrom family are exploring taking their high-end department store private, a move that has divided commentators.

A statement released by the company said six family members involved in the business were exploring the possibility of taking the company back into 100% ownership. Nordstrom was first publicly listed in 1971 and today third and fourth generation family members collectively own just over 30%. 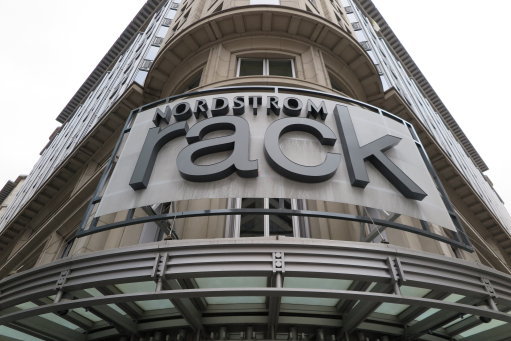 Nordstrom was performing relatively well for a retail business, posting higher-than-expected earnings in the first quarter of 2017, off revenue of $3.35 billion. A leveraged buyout could help management restructure the company without having to report to investors every quarter.

Reuters reported the family would need to raise between $5.45 billion and $8.19 billion of debt to fund the takeover.

Financial commentator Richard Kestenbaum said he was sympathetic as to why the family would see now as the prime time to take back control.

“When the market perceives a lower value than you believe you can perform, that’s the right time to go private,” Kestenbaum wrote for Forbes.

“To go private, you typically have to take on a lot of debt to finance the purchase of the public shares. And there’s the rub. You better be right.”

Founded in 1901 as a shoe store in Seattle, Nordstrom now operates 354 stores in 40 US states.