Equities and private equity drove a turnaround in family office investment performance this past year, as revealed in the newly-released Global Family Office Report 2017 (GFO). Equities and private equity drove a turnaround in family office investment performance this past year, as revealed in the newly-released Global Family Office Report 2017 (GFO).

The composite global portfolio of family offices (FOs) returned a healthy 7% in 2016, compared with 2015’s disappointing 0.3%. Growth was driven by equities and private equities, which represent a combined 47% of family office portfolio. Meanwhile, performance of hedge funds and real estate was more subdued, and their popularity among FOs declined accordingly.

Other key findings from the GFO, released today by Campden Wealth in partnership with UBS, was the trend towards millennial-driven impact investing, along with strong commitment to philanthropy, and a slowness among FOs to prepare adequate succession plans.

Dr Rebecca Gooch, director of research at Campden Wealth, said when it came to asset allocations, FOs were increasingly interested in co-investing, though many were struggling to find suitable partners and found their in-house resources were tight when it came to due diligence.

“Some of those who are co-investing successfully told us they source their deals through personal networks or choose to co-invest alongside funds for their due diligence capabilities,” Gooch said.

Sara Ferrari, head of global family office group at UBS, said the report showed FOs were increasingly sophisticated in their investment style: They were more willing to accept illiquidity and risk, particularly in North America where 49.1% of family offices were pursuing a growth-focused investment strategy, compared to 23.3% of European family offices. American FOs were rewarded when return performance (7.7%) outstripped that of other regions.

Ferrari said the 2017 report showed as millennials became more involved in their family offices, they were nudging along the trend towards impact investing, with 40% of FOs saying they planned to increase their allocation in this investment class over the next year.

“This is an opportunity for family offices to use their investment expertise to convert social objectives into financial concepts,” Ferrari said.

“In doing so, they can help to shape the purpose of a family and promote unity.”

On average surveyed FOs gave $5.7 million to philanthropic causes in the past 12 months, with 95% saying they would maintain or increase their donation commitment in the coming year.

Following a 2016 GFO finding that 69% of family offices expect to undergo a generational wealth transfer within the next 15 years, the researchers behind the 2017 report looked at the issue of succession in more detail.

Gooch said she was excited to release the report, the most comprehensive study of its kind. 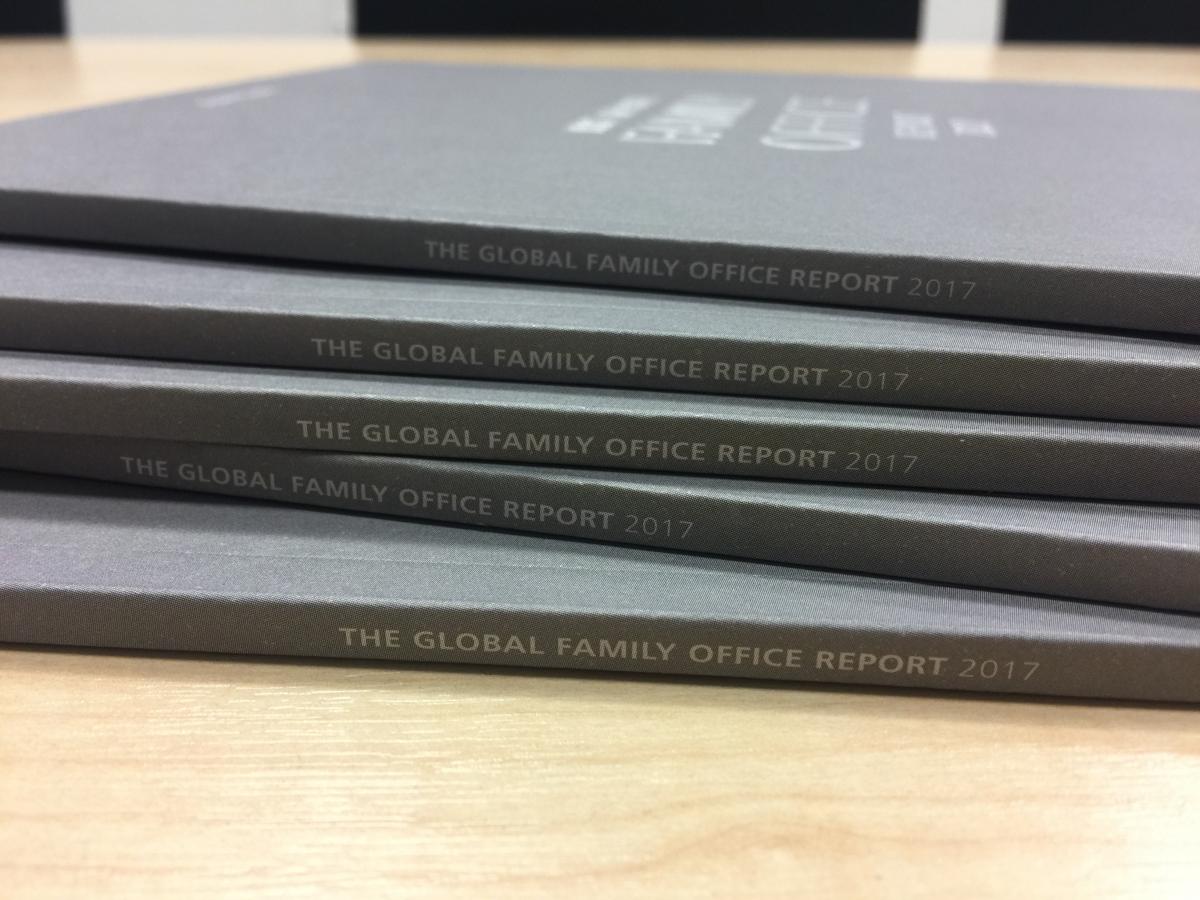 “The GFO is the culmination of 12 months’ work, engaging hundreds of family offices around the world, gathering and analysing data and putting together the 80-page document. All to gain insight into one of the most discreet but fast-growing wealth sectors.”

A family office is, in its simplest form, the private office for a family of significant wealth. The number of staff working in the office can vary from one or two employees, to 100 or more staff, depending on the type and number of services it provides. The average family office surveyed in GFO 2017 has an average of $921 million assets under management.

For more information, and to order a copy, visit www.globalfamilyofficereport.com

Breakout session with Russ Haworth
The next generation of work
Stepping out of the shadows of successful family members
FB Roundup: Warren Buffett, Harold Hamm, Ronald Perelman
Is Hong Kong the place to be for family offices?