Many family businesses have maintained at least a presence on Twitter, Instagram, Facebook, among other platforms for years, but it was usually little more than window dressing. Since the Covid-19 outbreak forced a third of the planet’s population behind closed doors to curb the spread, major multigenerational families have refocused and markedly improved their storytelling for this captive audience.

Families and their social media teams produce content cheaply and remotely from wherever they are dispersed, using the tools readily available on their laptops and smartphones. The upcoming next generation of Gen-X and millennials principals are born digital natives and spearheading the drive to help give their family firms a personalised point of difference and a competitive edge against public conglomerates.

Families are making the most of social media’s instant global reach, unencumbered by the limitations of range and cost of print, television and print media. They use their influence in showing solidarity with #stayathome messages from health authorities and foster the feeling of community and their family businesses’ place in it.

They are raising brand awareness while showing that their families are united with their customers, clients and suppliers and can be relied upon in the time of crisis. This in turn is enhancing their reputations for trust and authenticity which will carry over as the pandemic eventually subsides.

Families are posting inhouse comments, videos, graphics, animations and re-sharing content from third-party media, such as clips of televisions and print interviews with principals. Updates on family business operations are interspersed with tributes to staff and healthcare workers and acknowledgements of public holidays to align themselves within societies at the grassroots.

Social media analyser Rival IQ looked at the social performance of more than 2,000 companies between January and April on Facebook, Instagram, and Twitter to see how the coronavirus was impacting social media engagement rates.

“After an initial dip in early March, engagement rates have reached a 2020 high across all three channels in the last few weeks thanks to decreased posting frequency,” Rival IQ said in April.

“Posting less frequently means that the Facebook, Instagram, and Twitter algorithms are more likely to serve the same set of posts to its users. When a company posts less frequently, each post they create has a better chance of earning impressions and engagement, which in turn yields higher per-post performance.”

The official Twitter channel of Gebruder Weiss has pulled the curtain back on its transport and logistics operations at a time when the public has become acutely aware of the importance of supply chains in keeping food shelves stocked. 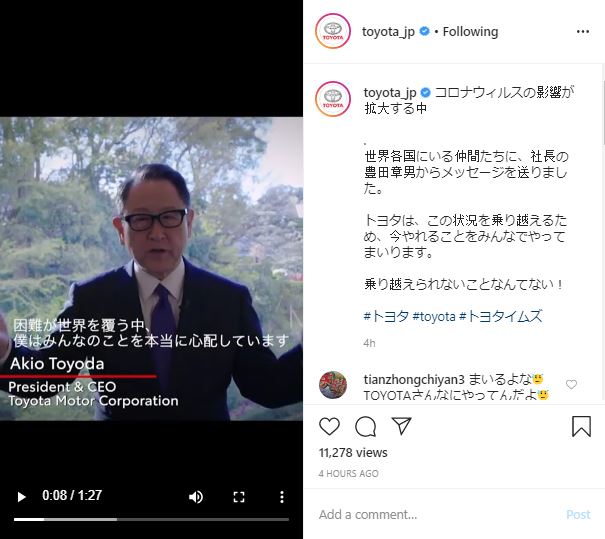 Wholly-owned by the Senger-Weiss and Jerie families, the $1.8 billion Austrian group used social media to showcase its undaunted capabilities with #GWMovesOn and updates from principals including Wolfram Senger-Weiss, chief executive. The firm’s achievements during the pandemic are shared, such as its transport of respirators from China to its warehouse in Slovenia. Pictures of the Hungarian ambassador visiting the GW site in Ljubljana, after the Hungarian Embassy acquired 20 machines, were tweeted.

Gebruder Weiss takes pride in its staff with #GWHeroes, showing how they are coping in stories of team work, of remote working from home and of using face masks and gloves.

Rare and unusual glimpses behind the scenes are being shared and are reliably popular. The Instagram account for the Danish family-owned shipping giant Maersk shared a video of the crew on the container ship Murcia Maersk sounding the deafening horn for #heroesatseashoutout on International Workers Day, in solidarity with seafarers around the world and frontline workers. 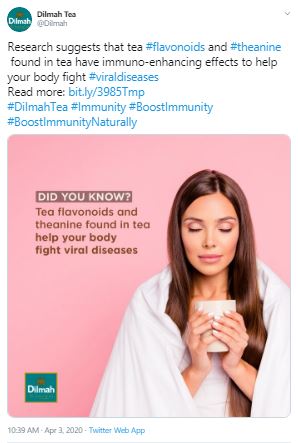 “Thank you for keeping the supply chains running including the transportation of food, medicines and vital equipment, during this challenging time,” said Maersk for a 10 second clip that was seen more than 10,000 times in one hour.

That levelling one-to-one engagement via social media between the family business and customers is exemplified by the Instagram channel for Toyota in Japan. Akio Toyoda, 63, the great grandson of the founder of Toyoda Automatic Loomworks, Sakichi Toyoda, and grandson to the Toyota Motors founder, Kiichiro Toyoda, talked directly to the camera for Instagram. A suited Toyoda spoke in English with Japanese subtitles in a video viewed more than 37,000 times since 26 March.

“I just wanted to take a moment to let you know that I am thinking about all of you all around the world during this difficult time,” says the billionaire family principal of the $272 billion automaker.

“We’ll get through this together… Please do your part to help the world get through this crisis as quickly as possible by following the directions of your respective governments. Stay healthy, stay positive.”

Toyota in the UK produced a slick video to show the touch points drivers should keep particularly clean inside their cars to help reduce germs by highlighting key areas in yellow around the interior of a RAV4.

LVMH, the French $59 billion luxury goods empire controlled by Bernard Arnault and family, shared on Instagram its efforts against the pandemic. Its post about how Louis Vuitton repurposed several of its workshops across France to produce hundreds of thousands of protective non-surgical face masks to give to frontline healthcare workers was liked more than 11,700 times since 8 April.

Family businesses are keen to make themselves useful on the home front during lockdown.

The Australian family-owned Coopers Brewery made a witty play on government stay-at-home mandates with #CoopedUp, showing how its products can still be enjoyed while staying indoors. The family business livestreams its weekly branded Live, Loud & Local event on Facebook, “bringing the pub to your lounge room” by presenting music, pub trivia and celebrity chefs reinventing pub meals to cook at home.

Fitness is promoted by Ottobock, the German third-generation Nader family-owned maker of prosthetic limbs, and Decathlon, the French sportswear retailer majority-owned by the Leclercq and Mulliez families. Both companies have regularly posted and livestreamed videos of in-home workout sessions and weightlifting to encourage exercise during lockdown.

Time will tell if families maintain their investment of energy and ingenuity in engaging digitally with the world. But, with more rewards than risks, the need and appetite for clear and direct messaging will not subside as the coronavirus transitions into years of recovery and all of these techniques can be adopted by any family business.

How to give equal opportunities to employees in family businesses?
What does inflation mean for family investors?
What geopolitical instability, digital revolution, changing state policies and ESG means for long-term investors
The billionaire, his family, end of life planning and Covid-19
Why do you really own your family business?