Juergen Heraeus describes himself as “just a shareholder” since he stepped down as chairman of the supervisory board of Heraeus Group after two decades last year. However, that modestly underestimates his revolutionary stewardship of the $3.5 billion family-owned giant, which celebrates its 200th anniversary as a company in 2051. Juergen Heraeus describes himself as “just a shareholder” since he stepped down as chairman of the supervisory board of Heraeus Group after two decades last year. However, that modestly underestimates his revolutionary stewardship of the $3.5 billion family-owned giant, which celebrates its 200th anniversary as a company in 2051.

During his tenure at the top, the German Mittelstand was transformed from a producer of consumer goods and laboratory equipment into a global technology titan. The sixth-generation company’s broad portfolio of interests now include precious and special metals, medical technology, quartz glass, sensors and specialty light sources.

Heraeus retired from the group’s supervisory board after 20 years for an elected successor last year. The seat he vacated was taken by one of his five daughters. He had worked in the Hanau-headquartered family business for a total of 55 years, from the age of 28, after working as an assistant professor following his studies in economics.

Growing up in a home where family and business were one and the same, Heraeus started at the company as a trainee in all divisions for two years to learn as much as possible from his peers. He worked for Heraeus subsidiaries in the United States another two years until he became a junior member of the management board back home in 1970.

By 1983, the fourth-generation principal had taken control of the management of Heraeus Group. He founded the group’s strategic holding company in 1985. He professionally structured the group into five decentralised operating management companies in both its core competencies and new business areas. He took the group into China before many competitors. 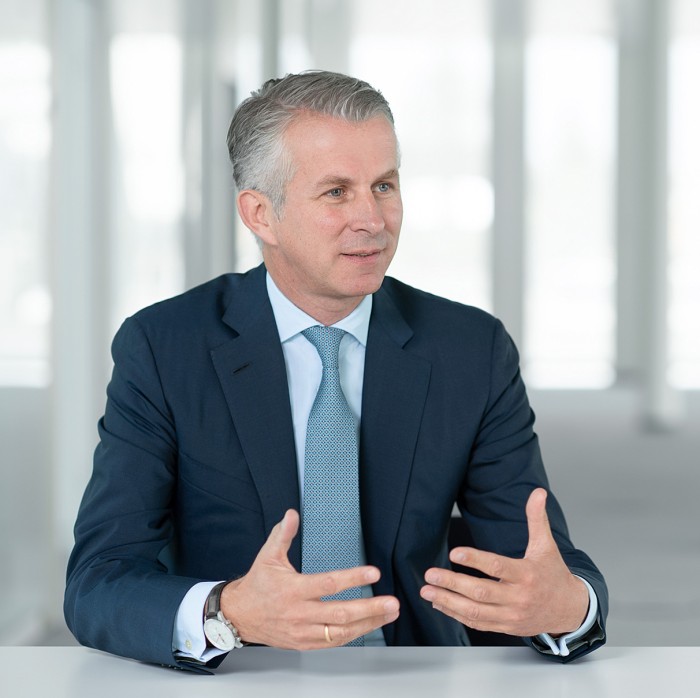 The company traces its roots back to a family pharmacy which opened its doors in 1660—10 generations ago. Today, more than 200 family members, or shareholders, from two main families, own 96% of the group. His son-in-law, Jan Rinnert, as chief executive and chairman of the management board, is the sole family member in the group of 15,000 employees.

Juergen Heraeus will share his unique insights and experiences in-person at the 18th Campden Wealth European Families in Business Forum in Berlin on the rescheduled dates of 30-31 March, 2022.

Before the forum, he recalls being challenged as a next-gen successor by his father and his strategy for business growth. He tells CampdenFB how he earned trust in governance and describes his relationship with his son-in-law, Jan Rinnert (pictured), the chief executive and chairman of the management board.

What are the key messages you want to send to families in your talk at our forum in Berlin?

My main message will be to ask what family members as shareholders can do to keep the company in the hands of the family, if they want that, and what are the mistakes that happen when this doesn't work.

Most family companies don't get insolvent because the business fails, but because members within the family have different ideas about where to go. Some want the money; some want control of the company. I think to get discipline in the family, to establish rules on how to govern the company, is the most important thing. 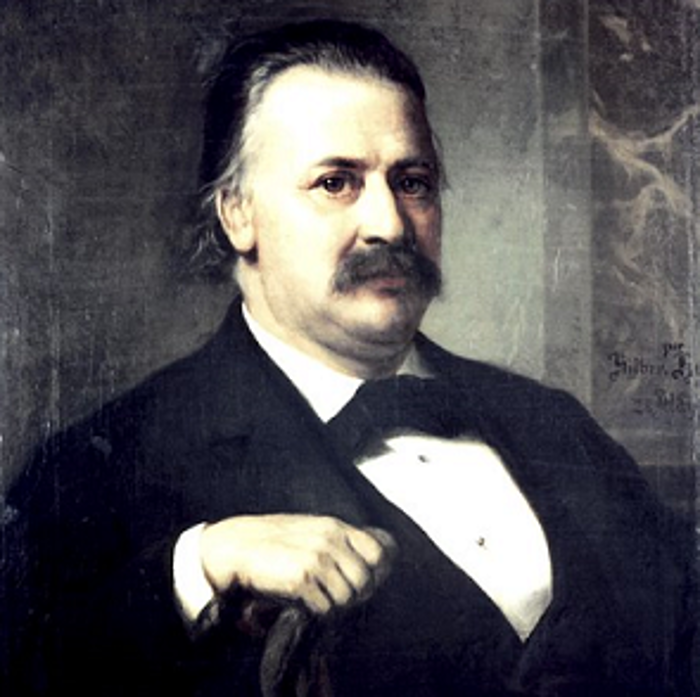 How much were you aware of your family’s multigenerational business legacy as a youth and did you and your family always assume you would join the Heraeus Group?

As a kid, I had no idea of legacy or my great-grandfather, Wilhelm Carl Heraeus (pictured) who was the founder. The only thing my father talked about was the company, at home, at dinner, or walking in the woods, so for me the company was the world, it was my life.

My father said I had to finish school and to learn English, French, typewriting and shorthand, and I had to be good within a timeframe. He said if I failed at university, I could get a job as a craftsman in the company, but I could not be at the top in management.

I studied in Munich, but didn’t have much money, so I had no chance of an excessive life. I had a bicycle, not a car, and a little room in Schwabing. I was working, but I had fun.

At that time, the company was run by my father and his nephew, my uncle, and he had no children, so that was good for me. Our employees considered it normal that the son followed the father.

What would be your advice to next-generation members considering joining their family business?

They should prove if it is really what they want in life. If they want to make music, be an artist or a doctor, or whatever, they should do that. They should not have the feeling that, ‘I have to do this because my father, or my legacy, demands that I do it.’ If they don’t have fun in the family business, they’re not going to be good at the job.

The most difficult thing is that they get an idea of what working in the family business means, what it means to be at the top of a company. They must love it and feel that this is what they want because this is the life. 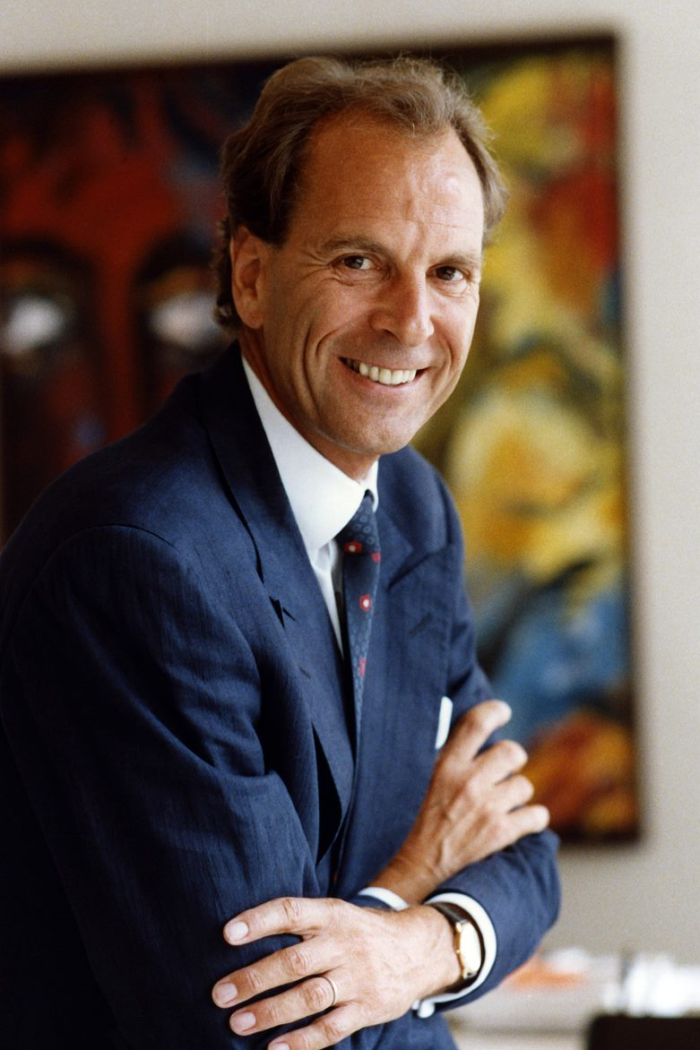 The Heraeus Group diversified greatly and went global under your leadership in the 1980s—how did you decide which sectors to invest in and how did you fund such rapid growth?

We were very, very diversified—some said we were an exploded pharmacy! We had areas where we were very good in Germany, but a medium market share or no market share in Europe. We were nobody in the United States.

I sold the areas we were too small in and focussed on others with potential, such as the dental side, while it was growing in demand due to the popularity of gold fillings. We made a lot of money, then sold that area too.

The semiconductor and quartz glass industries were growing, and we had the chance to buy the dealers in Germany. We bought Electro-Nite, the world’s leading company in making sensors for the steel industry. This was our first big acquisition. We wanted to be a big fish in a small pond and not a small fish in a big pond.

We always had money by selling parts of the business to buy others. We never had a problem with financing and debts were always kept under control. 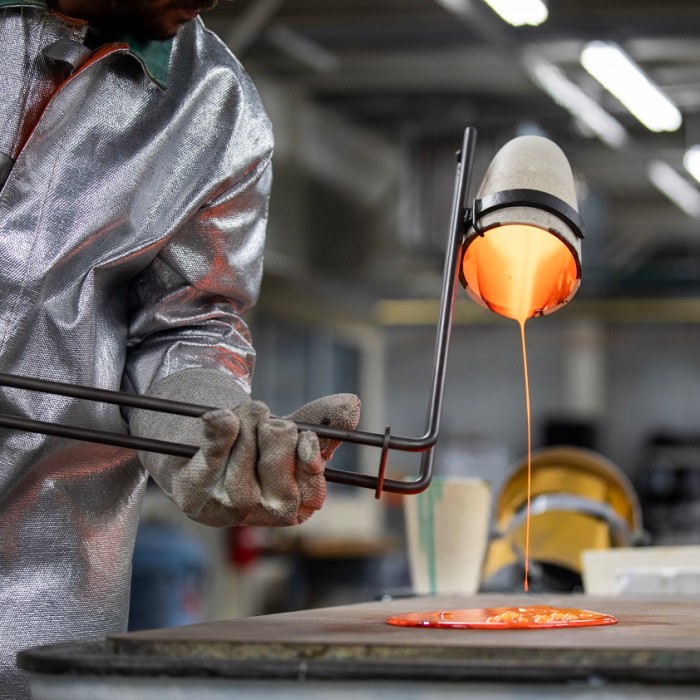 You have seen corporate social responsibility, wealth with purpose and sustainable investing go mainstream in the business world during your career, but how important are they to you and Heraeus Group?

It was a natural decision to be environmentally responsible. It was not a point of discussion; we didn’t need laws or hype or greenwashing. Either you do it or you leave it.

It's not that easy to change industry to what some people want and it costs money, but we have to do it. We as a society have been very late, but I think we cannot do it without a really good plan. If the world goes with electric automotives and there are no charging stations, it wouldn't work.

Why do you say trust is imperative in family business governance and how should families earn it?

Trust is the main point because the shareholders, the family members, will not normally fully understand the business. Most are happy if they can understand the balance sheet, but to understand what’s going on in the company is not possible. If everyone thinks they understand and they could run the company and starts to interfere, that isn’t good.

If you have a good leader, board, management and advisers and the shareholders know these people and understand what they do, then there is trust. If the shareholders are not treated well then they lose trust and you are lost.

I always had 100% approval ratings in my votes of confidence among shareholders. I was always very open, telling them what was going well and not so well. I never looked for my own advantage, I was modest in my salary and behaviour. 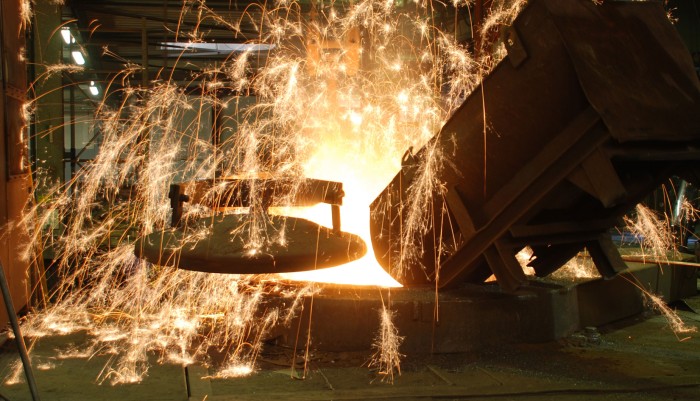 What made you decide to transfer your role from management to the supervisory board in 2000?

A highly acknowledged previous chairman of the group’s supervisory board said, when I was 52, that I should think and decide that year when I wanted to retire. I said, ‘What do you mean?’ He said it’s good to decide now because if you don’t make the decision early, you will let it slide. If you are 60 and think 65, you will be 65 and think, ‘OK, I’ll have another year’ then you’re 67 and think you had better not stop.

I made my decision to change from management to the supervisory board at 65. I learned from my father, if you go out of management, you go out, you don't interfere from the side. When my son-in-law took over as chief executive, I was very strict, I talked with him and his members on the management board, but I never gave my ear to somebody down the line. This was good for him; this was a clear cut.

It's the same as when I ended being the supervisory chairman last year. Of course, I am interested in the figures, but Covid-19 helped in that ending for me because suddenly there was no travelling and no meetings.

Speaking of your son-in-law, how was the working relationship between you and Jan Rinnert as chief executive? How did the two of you define responsibilities and resolve conflicts?

We have two things—one is the family and one is the professional. We had our regular meetings, together with the other members of the management board where we had highly professional discussions. In our private life, we didn't talk only about the company.

He’s very, very good. He started in a small company with 300 employees and performed very well and took the template to our group. He started as our chief financial officer then became chief executive, so we had time to transfer the trust I had with the shareholders to him. I didn’t want them to think I was still running the company and he was my assistant. Now he is running the company in an excellent way and has better people around him than I had!

Related Content:
Marc Puig Guasch on family business growth, succession and the legacy of his father Mariano Puig Planas
Under the Tuscan son: Lamberto Frescobaldi on balancing tradition with innovation