As family enterprises tap into virtual reality technologies, many are discovering new avenues for growth and sharper lines of communication. Scott McCulloch reports As family enterprises tap into virtual reality technologies, many are discovering new avenues for growth and sharper lines of communication. Scott McCulloch reports

Banishing the myth of family businesses as technological laggards, cutting-edge families are deftly exploiting new technologies to beef up productivity, sharpen communications and connect with customers in real, virtual, and emotional ways.

In May New York-based Estée Lauder partnered with Canada’s ModiFace to offer an augmented reality experience where customers could “try on” make-up in a digital simulation over live video or with their personal smart phone photos.

The technology uses ModiFace’s Light Field Rendering to accommodate different lighting, texture, and shine in a photo or video. Consumers use their phones or tablets.

“We are delighted by our partnership with ModiFace which has resulted in an incredibly realistic and accurate representation of our products through augmented reality technology,” says Stéphane de la Faverie, Estée Lauder’s global brand president.

Yet the ModiFace venture is not a high-tech first for the Lauder family, who control 40% of the skincare group. Earlier in 2017, the family’s UK brand partnered with Perfect, the YouCam Makeup App creator, for an in-store experience where customers can try on 30 shades of Estée Lauder lipstick.

Some applications of VR and AR still seem futuristic, yet the impact of the technology on consumer products organisations is enormous. In the US alone VR is projected to generate $4.9 billion in revenue by 2021, up from $421 million in 2016, according to consultancy PwC. 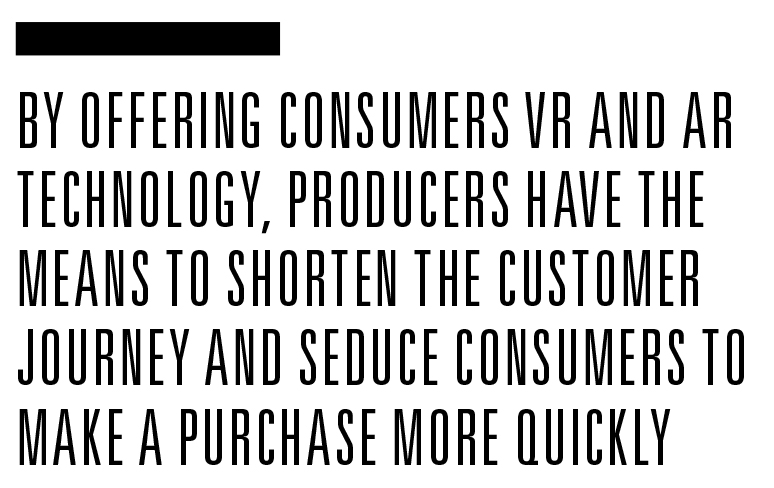 Video games are powering the lion’s share of growth in increasingly blended VR/AR markets. Family enterprises, meanwhile, are putting new twists on a technology that actually predates the 1950s. 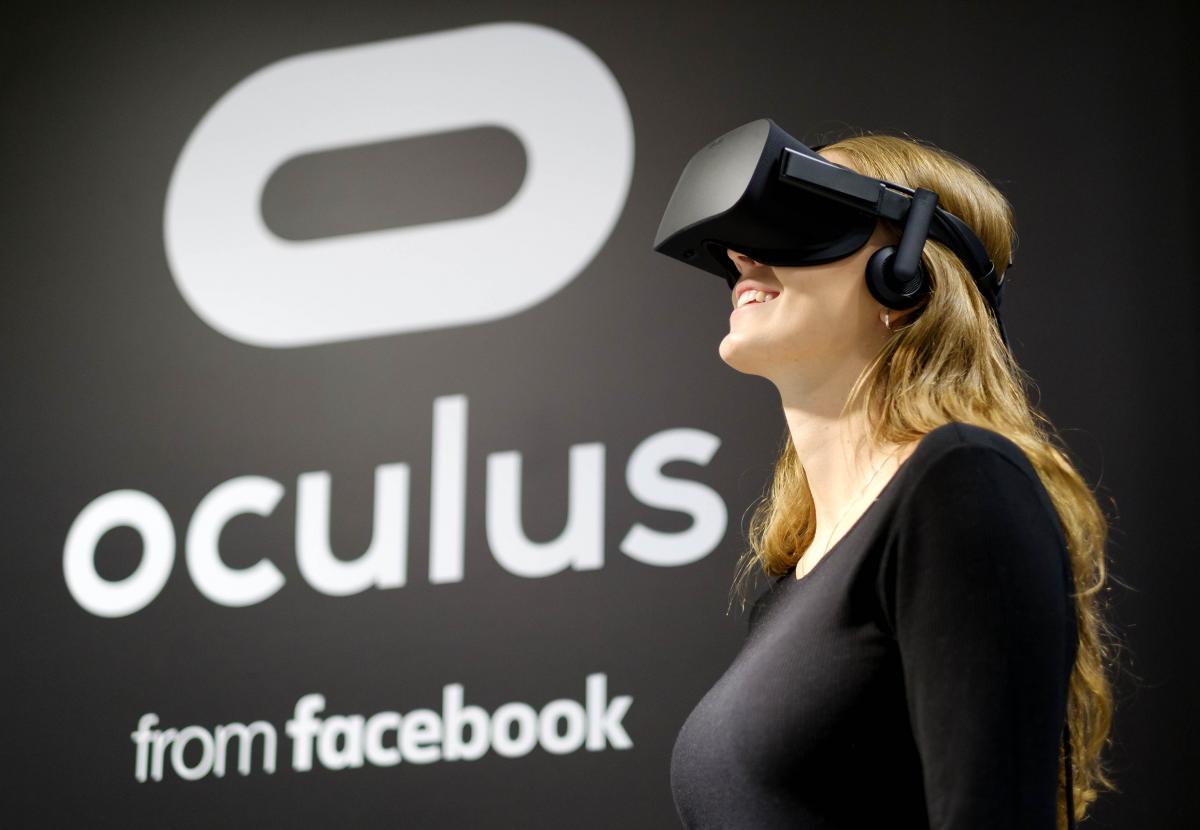 Even better than the real thing?

A UK government mandate introduced BIM in 2016 as a means of cutting overall construction costs by up to 33% through reducing inefficiencies in the construction process and improving standardisation protocols.

“From a business perspective, BIM is not only a revenue generator it is an opportunity for us to improve our products and internal efficiencies across the organisation,” says Lucy Abbott, the group’s director of Building Information Modelling.

Abbott stresses that BIM is a process, not snazzy software, yet when complemented by VR and other key industrial apps, it can have a profound effect on communications.

“Probably the most beneficial part of using BIM services is that it is actually enabling us to communicate far easier with our customers and members of our supply chain.”

Abbott says Wates was an early adopter of Oculus, the VR tech it routinely employs in client meetings. The company is targeting BIM Level 2, meaning all clients—subcontractors to structural engineers to architects—operate with 3D methods where project information is shared, coordinated, and embedded with intelligent data.

“It’s been transformational because in a short space of time we have enabled clients to actually experience and ‘walk through’ building spaces and sign-off on design proposals,” Abbott says.

BIM has essentially forced efficiencies on an industry infamous for working in silos. But Wates has embraced it fully.

“It is forcing us to clearly define briefs with our design teams and supply chain,” Abbott says. As for VR technologies, Wates intends to stay ahead of the curve. 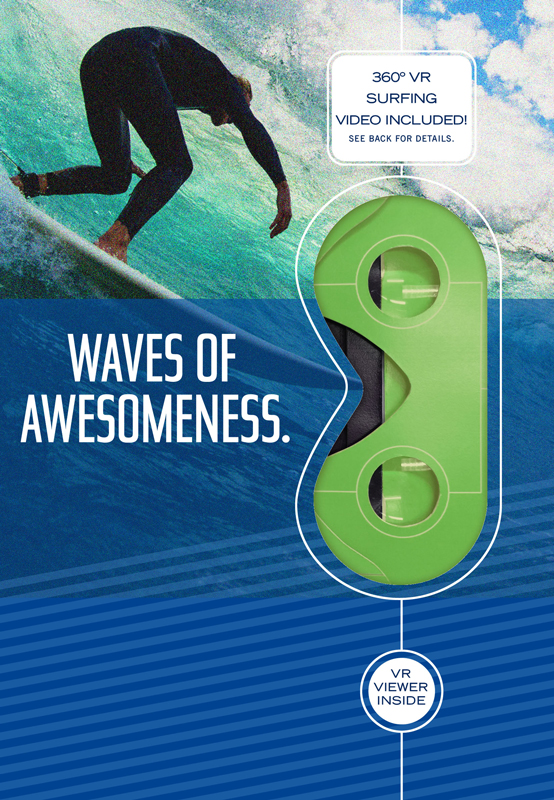 “Most people cannot spatially work out from a 2D drawing what a space is actually going to feel like. If you immerse them into this 3D space, it is instantaneous. That has been hugely beneficial for us and we are going to build on that going forward.”

Technology often dictates how we communicate and do business. In Kansas City, the Missouri base from which the third-generation Hall family runs its $4 billion Hallmark greeting card and media empire, effective communications have long been its stock-in-trade.

“The strategic choice of the Hall family was to double down on innovation,” he says.

“Their choice was that we needed to put innovation forward in a bigger way.” 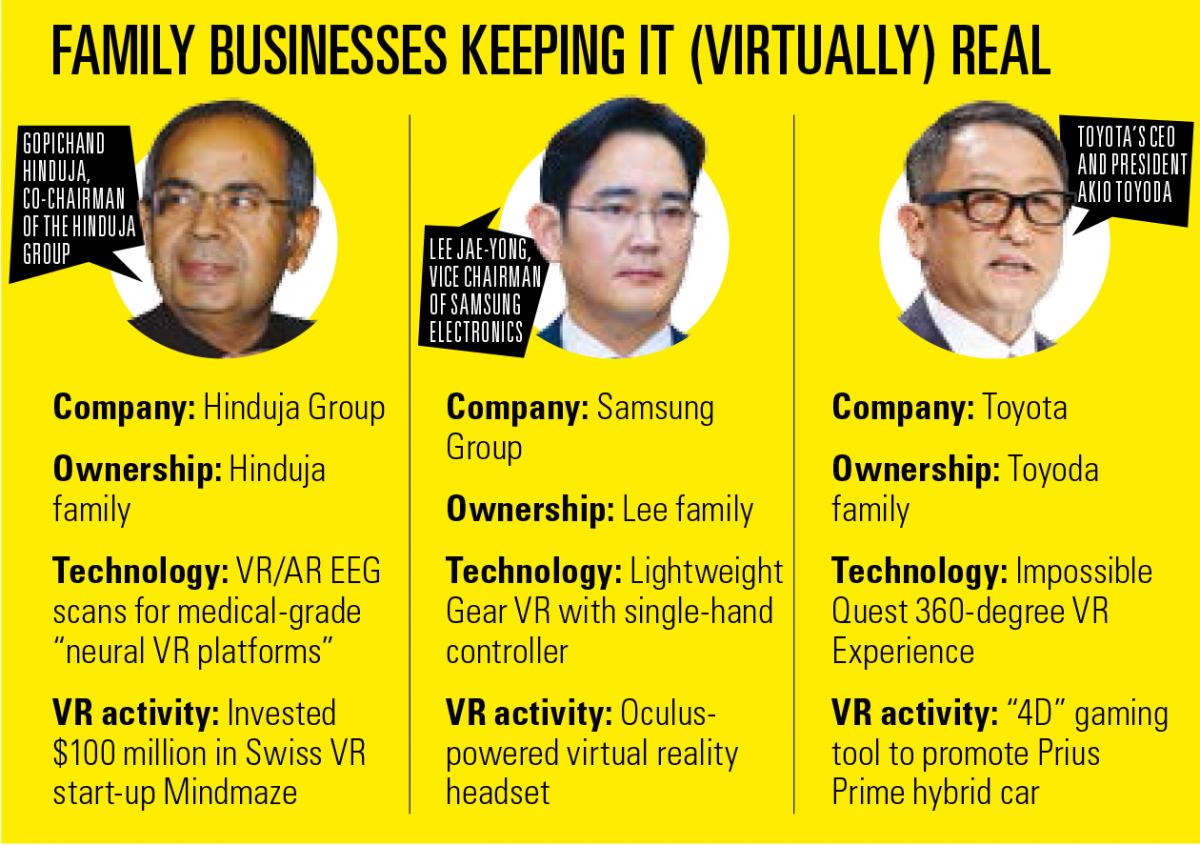 Other family businesses are tapping slick technologies to voice social responsibility initiatives. Fifth-generation US business SC Johnson is promoting its drive to save 10,000 acres of Amazon rainforest by sponsoring Under the Canopy, a 360-degree virtual reality film that lets viewers experience the wonders of Amazonia. The film has been seen by more than half a million viewers.

“We are encouraged by the public response to Under the Canopy and will continue to support efforts to save the Amazon rainforest,” says Fisk Johnson, chief executive of the $10 billion household brand giant.

“It is our hope that we can continue to inspire others to help protect this vital resource for future generations.”

Michael Mack, chief executive of Germany’s Mack Media and managing partner of theme park Europa-Park, is more into rollercoasters than rainforests. Which is why he launched the world’s first virtual reality rollercoaster, VR Coaster, where riders wear rollercoaster-synched VR headsets.

“We are always looking for innovation,” says Mack who joined the board of second-generation Europa-Park in 2007.

“I’ve always believed strongly in VR technology and its potential. VR headsets create an immersive experience, which is almost impossible to top.” 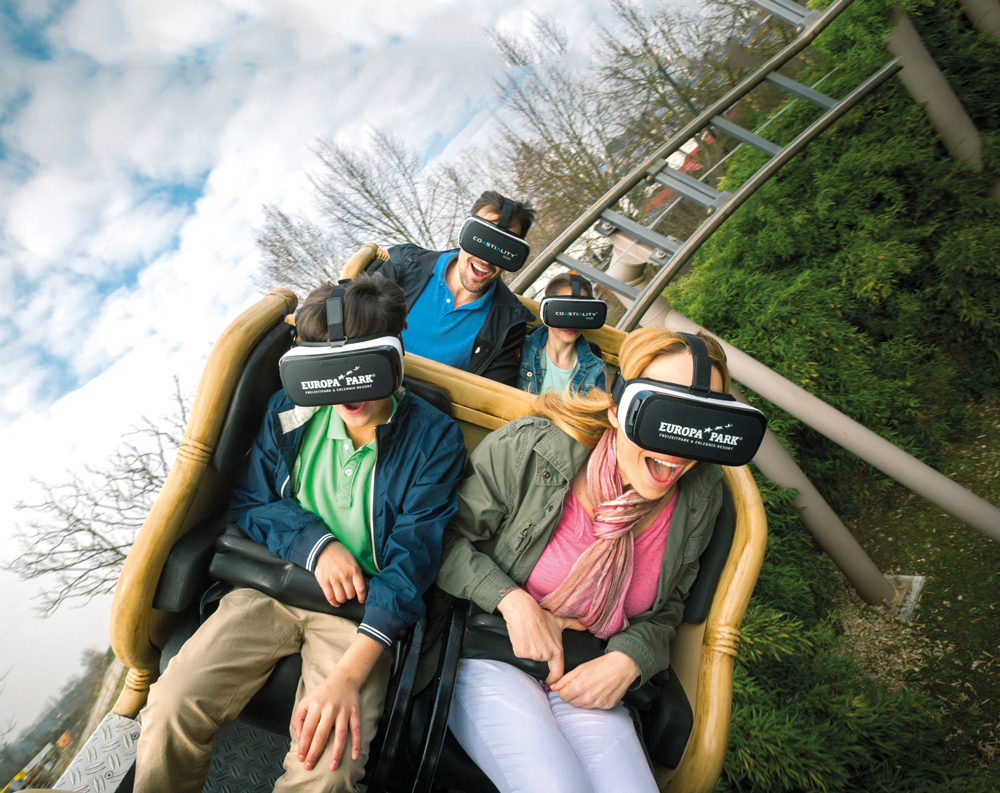 Some 650,000 thrill-seekers have experienced Europa-Park’s high-tech ride since its 2015 launch.

VR Coaster is a global leader with its technology fitted to more than 30 rollercoasters worldwide.

“The future of rollercoasters will be a combination of real physical forces and matching theming because VR enables a more sophisticated theme world,” Mack says.

Then there’s gamification or the use of game concepts, loyalty, and economic models, to engage employees and customers – typically over the web in competitive, points-or badge-earning scenarios.

Some commentators laud gamification. Others dismiss it as marketing hype. Yet if applied correctly, the online practice can motivate people to change their behaviours, develop skills, or solve problems. 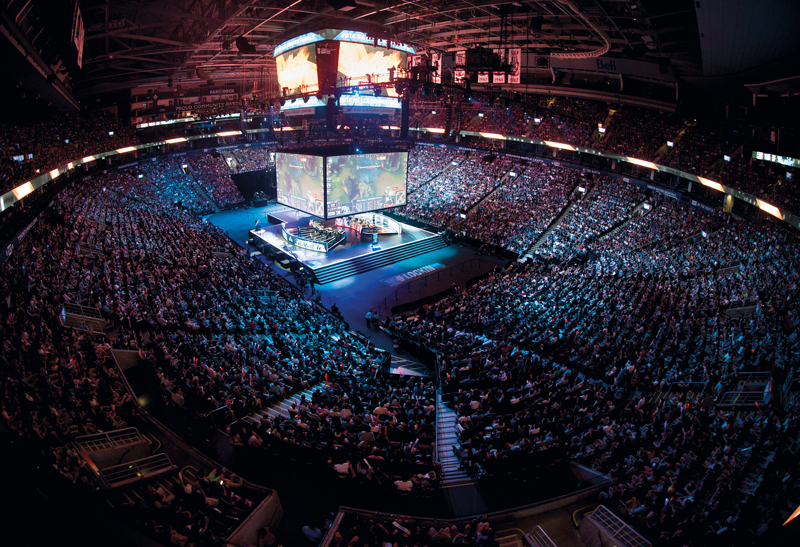 Apparently, forensic analysis of financial statements, at least in a game scenario, can be riveting when competing against siblings for virtual points. Who knew?

It is good for the brain too. A 2013 study published in Nature highlighted the cognitive boost videogaming can provide.

That’s one of a few reasons why Chester King, chief executive of the UK’s International eGames Group, is pushing hard to shape the future of competitive videogaming, also known as eSports.

“Because you are competing against other people, playing as a team and communicating with your friends, you are learning leadership and cognitive skills,” King says.

“Which is why we are really keen to differentiate between video games and eSports, eSports being human versus human.” 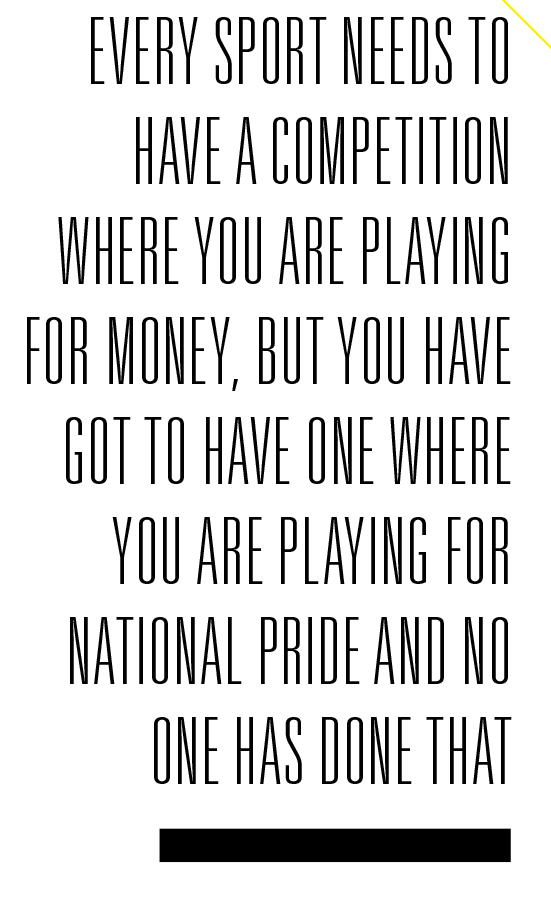 Backed by the UK government, eGames is a far cry from King’s marketing role at International Group, his second-generation family business that operates in remarkably diverse sectors. eGames Group is the seventh addition to business units that span healthcare, luxury and leisure, and property development, among others.

Competitive video gaming is a growth market within a growing market. Global video game revenues reached $99.6 billion in 2016, according to Dutch video game consultancy NewZoo. As for eSports, it predicts a doubling of revenues to $1.5 billion by 2020.

Consultants Deloitte Global say technology and media companies are paying attention to eSports for both growth opportunities and because it appeals to a narrow and desirable demographic: 75% are millennials aged 18-34 and 85% are men. 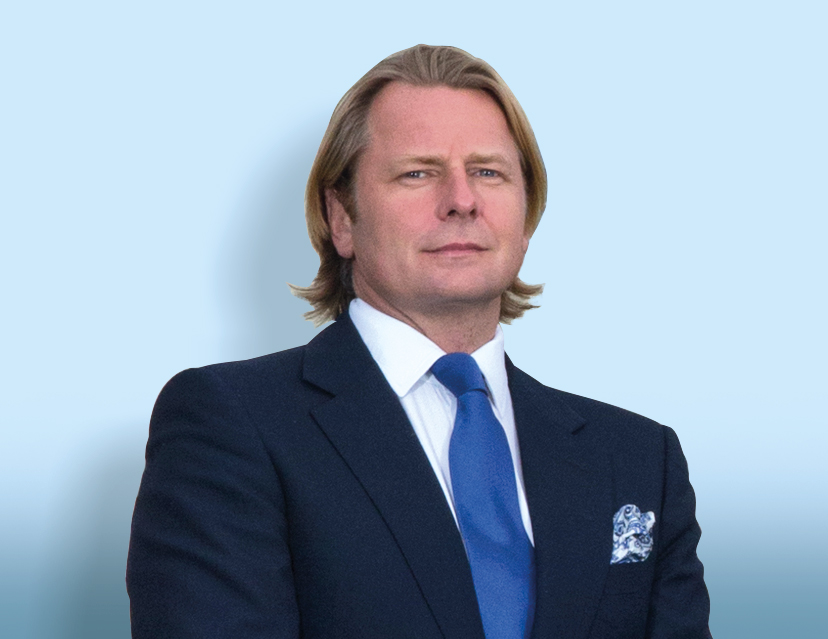 King’s interest extends beyond dollars. Playing for “national pride” is the raison d’être of eGames whose first full competition will be held in Pyeongchang County, South Korea during the 2018 Winter Olympics and Tokyo in the 2020 Summer Olympics.

“I am consumed by sport and realised that there is a great opportunity for my family business. But I said: ‘Look, here is an opportunity. No one is going to make money out of it straight away, yet it is a fantastic chance to start at the beginning and do it right.’”

Right indeed. Whatever high-tech tomorrow’s family businesses plump for, there are virtually no shortage of opportunities. 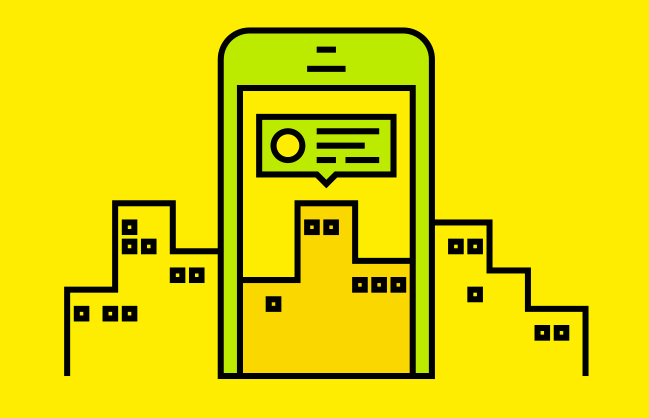 What is augmented reality?

Augmented reality technology layers computer-generated enhancements atop an existing reality to make it more meaningful through the ability to interact with it. Think of Pokémon GO or Ikea’s app that lets you “view” a sofa in your home through your tablet and you get a sense of AR. 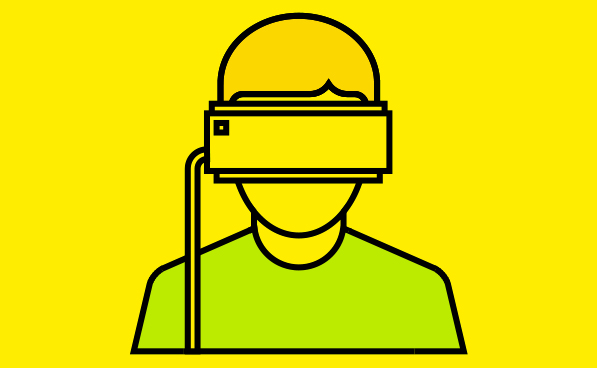 What is virtual reality?

Virtual reality technology is an immersive, artificial, computer-generated simulation of a real-life environment or situation. The term VR is used to describe a three-dimensional environment which can be explored and interacted with by a person.