Last year BMW sold more than 2 million vehicles under its own brand name, a record performance—even if it was not enough to catch arch-rival Mercedes-Benz.

The full name of BMW, which is controlled by the Quandt family, is Bayerische Motoren Werke AG, with these last two initials offering important clues as to the company’s ownership and governance.

BMW is an Aktiengesellschaft, the German term for a company owned by shareholders and, in line with the requirements of the German Stock Corporation Act or Aktiengesetz, has separate supervisory and management boards.

“It was meant that such a board would have a supervisory function, a control function, to restrict managerial opportunism,” says Professor Thomas Zellweger, of the University of St Gallen in Switzerland. 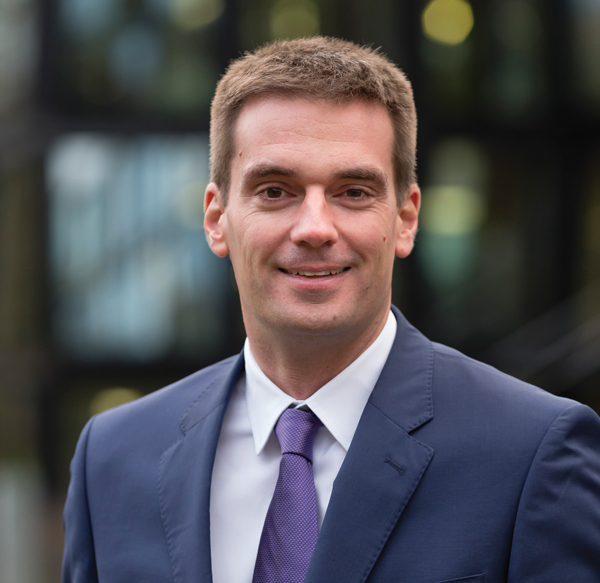 Companies with both management and supervisory boards (the latter typically representing shareholders and, depending on the company’s size, employees too) are found in companies in many other European nations, sometimes mandated by legislation, as well as globally.

Family businesses, especially larger ones, often adopt the dual structure as they aim to improve governance.

Another example is Germany’s Otto, one of the world’s largest mail-order and e-commerce companies. This privately-owned firm has a supervisory board chaired by second-generation family member Dr Michael Otto (the former chief executive and executive board chairman) and, as is typical, a mix of family and non-family individuals as members.

A 2015 Harvard Business Review survey of family businesses found that in Europe almost half the supervisory board members are from the family, while in the Americas and in Asia the figure is slightly over a quarter. 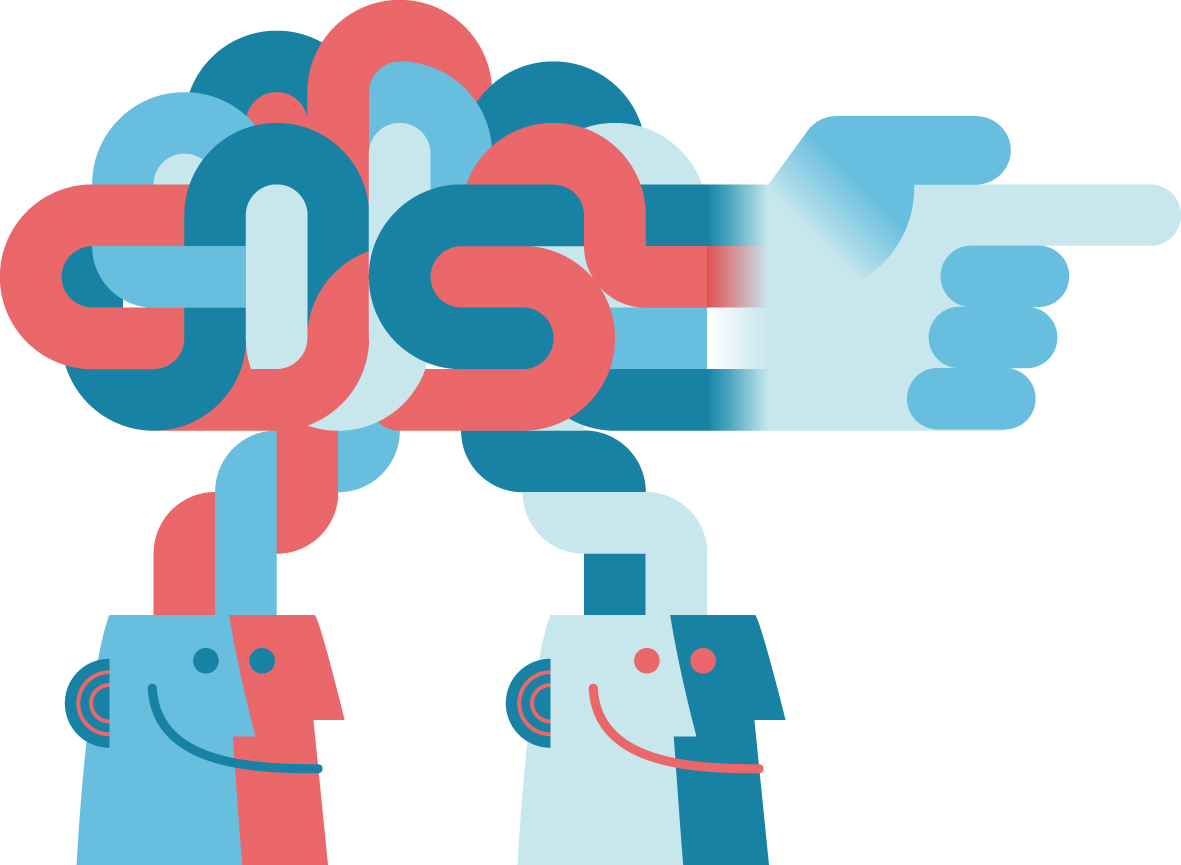 Secondly, the board can control the management, which is especially important if there are no family members within the company’s upper echelons.

“You have a strong counterbalance to management that may have its own interests about how the company is run,” says Zellweger.

A third function of a supervisory board is as a meeting point for family members, mediating and smoothing over potential differences, especially as different branches of the family are often represented. Through this role, the board also acts as a buffer, insulating management from feuds between owners.

This may be particularly important when ownership is split between many family members, with Zellweger highlighting the German group Haniel, which has more than 600 family shareholders.

“The board is particularly helpful to buffer the family interests that may come from these different shareholders,” he says.

Some of the challenges particular to family businesses centre on conflicts between the varying priorities of ownership, business, and family, as Peter Klein, a professor of family-owned businesses at HSBA Hamburg School of Business Administration, puts it.

“This board should help and assist, help to solve conflicts and to put priorities when ‘family’ and ‘business’ might be in conflict with each other,” says Klein, who has held senior roles in a number of well-known family businesses.

“Single board constellations are not helpful at all in solving these conflicts.”

A fourth role of supervisory boards is what Zellweger describes as “a professionalising function”, which can be especially helpful when family owners take “positions in erratic ways”.

But there are downsides of having a supervisory board, including administration costs and the need to pay members.

“And obviously it may slow down decision-making. You are creating a bureaucracy so decisions have to go through the board,” says Zellweger. 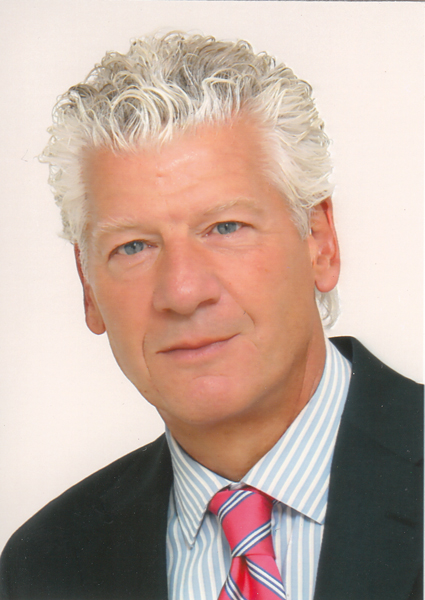 Indeed, there can be multiple layers of decision-making, says Professor Morten Huse, a professor in the Department of Communication and Culture at BI Norwegian Business School. A family council, a management board, a supervisory board, and a shareholders’ meeting adds up to four levels.

Another concern is the asymmetry of information between management and board.

“If you do not work inside the management, you are completely dependent on the management. The management is much better informed about what is going on,” says Zellweger.

“That could be exploited: They [the board] may only have information about positive things. The board, it could just be a rubber stamp and not be a good monitor.”

Another circumstance where the board might play a limited role is where there are family both on the board and in the senior management team.

“In the German case… [there may be] family in the supervisory board and other family members in the management. In that case the family is still deciding more or less what is taking place,” says Huse.

Owner-managers may sideline the board by making decisions without consulting it. An experienced board member of family firms, Huse has first-hand knowledge of this, and once even decided to stop chairing a board as a result.

“We had a board that decided strategy, but then this owner-manager was seeing opportunities and seizing them. It did not matter what we did,” he says. 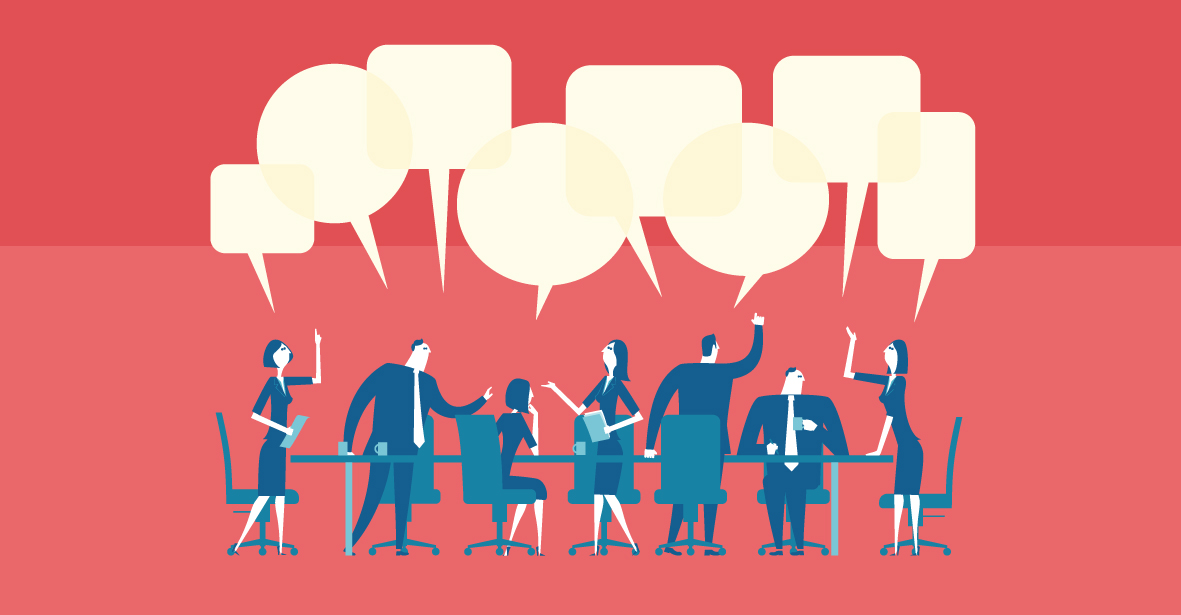 Yet some tension between the management and the supervisory board may not be a bad thing.

“Typically the corporate group will feel the family is not interested or they are meddling, and the family board are always feeling information is being withheld or they are being asked to take on too much responsibility,” says Sian Steele, the UK-based head of the family business team at PwC.

“There needs to be clear accountability and clear [responsibilities] for both groups with a clear and transparent structure for communication.” 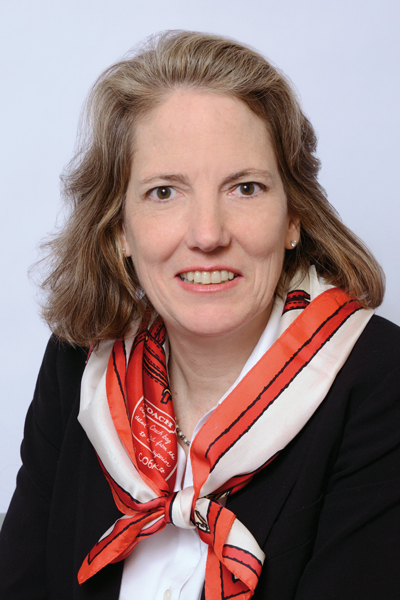 Achieving the ideal balance between the management and supervisory board involves ensuring that the board is not so large that it overwhelms management, nor so small that its voice can easily be dismissed, says Patricia Angus, founder and chief executive of the New York-based Angus Advisory Group. Its structure should be tailored to the needs of each business.

“Both family and non-executive directors should be chosen based on the expertise that they add, based on very clear guidelines to best serve the needs of the family and business,” says Angus, who is also an adjunct professor and founding director of the family business programme at Columbia University’s Columbia Business School.

“A family member on the supervisory board should ideally provide perspective on the family’s values and goals for the business, in addition to—or instead of—business insights.

“Business insights alone are generally not sufficient at the board level; directors should be adding deeper perspective.”

A non-executive director, says Angus, would be expected to provide input on industry trends, comparable businesses, and the broader context in which the business operates.

“The best supervisory board will consist of a well-designed mix of perspectives that matches the owners’ long-term vision for the business,” she added.

“And, in the family business context, special care should be taken to understand the family’s values, vision, and goals beyond the business.”

Angus advises family businesses setting up advisory boards to define roles before looking for individuals to fill them. Too often, she says, roles are built around family members or outside advisers.

“In the long run it is far more productive to start with a charter for the board and clear descriptions of responsibilities,” she says.

“It will help to establish staggered terms for board members, so that institutional knowledge is retained while allowing for rotation on and off.” 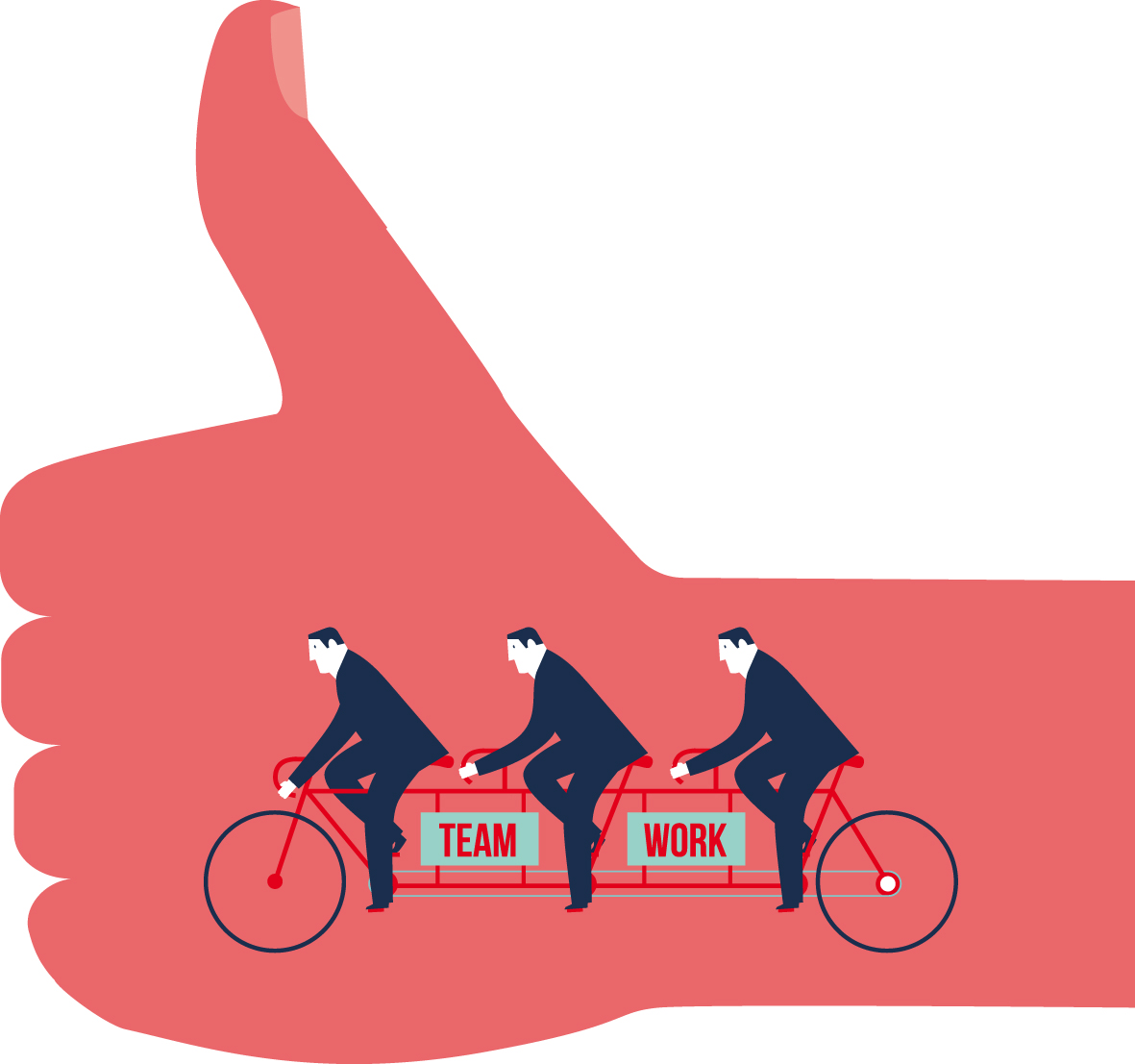 Board members should be in place long enough to have a “meaningful impact”, says Angus, although open-ended terms are best avoided in favour of keeping a reappointment possibility. Long tenures may lead to older directors serving lengthy terms and crowding out the input of a capable younger generation. Terms of three-to-five years are sometimes suggested.

“Diversity of perspectives—age, gender, experience—is also critical, to reflect the reality of the family and the world in which the business operates,” says Angus.

Board members should also be chosen to match the family business’s current circumstances. If the company is embarking on a rapid period of growth or is expanding overseas, directors with experience of these situations should be sought, says PwC’s Steele. Alternatively, a company focused on stability and staff retention would be looking elsewhere.

“Having the skills to help you through that period is what really matters. That probably means rotating and refreshing fairly regularly,” she says. 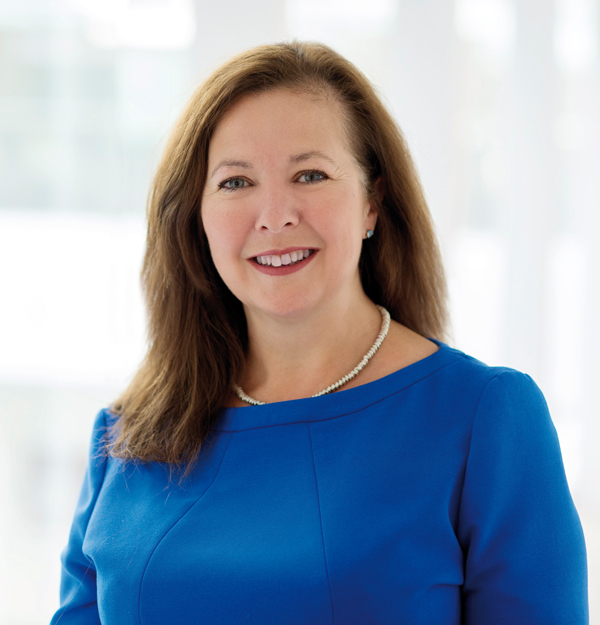 Motivation is another factor to consider, according to Huse. Individuals who want to create a network for themselves or to learn are not suitable. Instead, the aim should be to recruit people whose primary interest is in doing something for the company.

Just as selecting the right supervisory board members is crucial, so such a board can play a vital role in choosing senior executives. As Harvard Business Review suggests, it might appoint a formal nominations committee that uses objective criteria—defining specifications, carrying out a wide-ranging search and rigorously assessing candidates—to make selections before presenting a short list to the supervisory board and management.

There are cautionary tales of companies that failed to benefit from the kind of professionalised approach that a supervisory board can bring.

“It is safe to say that larger family businesses have dual board systems. Maybe this is the reason why they are so successful,” says Klein.

“If we look at examples where family businesses fail, such as Schlecker, an international grocery chain, we see that a functioning advisory board has not been installed.”

Indeed Schlecker filed for bankruptcy in early 2012. This former retail behemoth’s demise was partly put down to the unwillingness of its founder, Anton Schlecker, to listen to outside counsel. Last year he received a suspended jail term for intentional bankruptcy and saw his two children put behind bars.

As Klein says, “We can learn a lot from failures”.