What is the future of digital art investment?

From NFTs to online viewing rooms to metaverse-based auction houses, the future looks bright for digital art lovers. But can real-life, traditional art investment ever truly be replaced? But can real-life, traditional art investment ever truly be replaced?

Campden FB talks to Ori Ohayon (head of corporate development and capital markets at GDA Capital and president of NFT BAZL), Howard Lewis (whose family formed the famed Schorr Collection) and Rupert Reid (director of his single-family office Valrock and NFT afficionado) about the rise and future of digital art investment.

We’re only at the frontier of a new asset class

Ori Ohayon [pictured above]: “A lot of promising tech has come out but I don't think anything that we're looking at right now is necessarily going to be here even in five years.”

Howard Lewis: “This is essentially the metaverse finding its feet. It's a bit like looking at MySpace. 25 years ago, MySpace was on everybody's lips – now, if you're under the age of 35, you’ve never even heard of it.”

Rupert Reid [pictured right]: “Where we are at the moment of Web 2.0, which is all about consumerism and sites owning your data, Web3 is all about taking back ownership.”

An NFT is more than just digital art

Ori Ohayon: “An NFT is essentially a digital deed of ownership. When you start thinking about them as assets, in the sense that you're able to transfer ownership of something of physical or digital value, then you’re unlocking an NFT's potential.

“The first NFT I ever sold was a physical painting. It was chipped with our NFT chips. So, it's a physical painting authenticated on blockchain and to buy it, you must use the online marketplace. The [purchaser] found the process so seamless for the physical piece that he ended up buying the matching digital piece. It worked because there was a tangible component to it.”

Rupert Reid: “Most people just see an NFT as a JPEG that you own. But it's not the imagery, it's the smart contract that sits behind it. NFTs can be used to disrupt traditional business verticals.  The reason why Bored Apes have done so well is because their marketing has been phenomenal. What you're also getting from them is access to a unique group of people, you go onto their [digital distribution platform] Discord and you get access to a closed group. If you own one of their NFTs, then you're allowed into the owners-only section and can network with 10,000 people who can afford to spend a $250,000 on a picture of a monkey.”

Ori Ohayon: “At least 90% of the market is speculation. [Boutique NFT marketplace] NFT BAZL is purely focused on investment-grade art and true collectors. We don't want people flipping these assets, because the artists don't want that – the artists want their pieces to be appreciated.

“[It is often] a bunch of guys speculating that an NFT is going to go through the roof and then they sell it. There aren’t many NFT marketplaces really focused on quality versus quick money. The whole crypto space was founded on that. That's why it became so popular because you heard of 12-year-old kids making millions of dollars. But now once it stabilises, I think you'll start seeing more people coming in because they appreciate the asset.”

Howard Lewis [pictured left]: “Although the [traditional] art market is unregulated, in as much there are no official bodies governing, there are gatekeepers who've been there for a very long time and who do provide a kind of ballast. At the moment, there are no real gatekeepers with NFTs, it's almost like people making it up as they go along.”

Ori Ohayon:“There are no gatekeepers standing there saying, ‘Okay, that's enough, let’s focus on quality’ - and that's a massive issue of the space. I think everyone's just being very greedy. I think the key is going to be centralized decentralization - blockchain with someone overlooking it.”

The real-life experience will never be replaced

Ori Ohayon: “I don't think anyone will ever take away our desire for physical experiences. But I do think we will enhance our ability to interact with people and art in a digital space. I don't think the metaverses we have now are necessarily the right metaverses for that. But I think there will be a time where it's beneficial to us to interact online.”

Howard Lewis: “Online viewing rooms have now sprouted up to help people who are not able to travel freely. But there’sa great deal to be said for being there. I don't think the digital space is going to dominate because, ultimately, we’re social animals and that physical engagement is going to remain paramount.

Rupert Reid: “I think there's always going to be that want to see physical art. There's very little art for art's sake in the NFT space at the moment.” 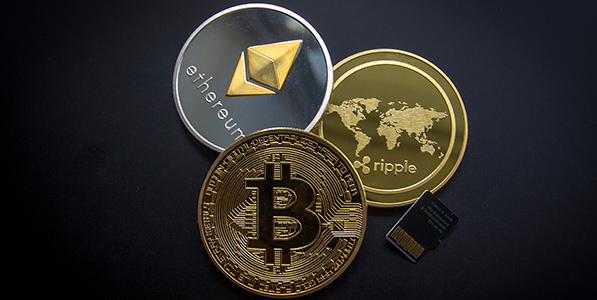 Opportunity and the future

Ori Ohayon: “I think we're about to enter into a recession and where are people going to pull out their capital? It's going to be crypto and equities and we're already seeing that hit take place. When people need cash, they're going to sell off all these speculative investments. And I think the crypto market will be one of the first to take a slap.

“Where I think we're going to have a ton of opportunity over the next two to three years is infrastructure. Buying the tech, investing in the creators, investing in the guys who have the underlying assets - like the marketplaces, the wallets, the APIs [Application Programming Interface]… Because that's going to get acquired and be used to build the foundation for what is next.”

Related Content:
Howard Lewis on the art of The Schorr Collection and passion investments in the coronavirus age
Breakout session with David Shafrir