Why is private equity the most common asset class among family offices?

Private equity was the most common asset class among family offices in 2014 and one of the year’s best performers. So why are some executives voicing caution about expectations moving forward? The popular belief that strong returns in private equity will continue into the future has been challenged by participants in the Global Family Office Report 2015, warning that a build-up in unallocated capital could lead to lesser returns.

According to one chief executive from a single family office in North America, who participated in the report anonymously, the record level of unspent cash is creating undue levels of competition, which is in turn pushing up prices.

Moreover, those family offices that are chasing the best possible deals may pay over the odds for private equity, while others could settle for less attractive opportunities as they seek to deploy cash.

The Massachusetts-based executive added that macroeconomic factors such as high multiples and an increasing number of funds are likely to compound the situation, and that even skilled managers are fundamentally investing through random selection.

Findings from the Global Family Office Report 2015 match the executive’s view. It found that return expectations for private equity in 2015 have fallen to 13.9% in 2014 from 14.3% the year before. Yet it remained the best performing asset class for family offices with actual returns of 15% in 2014.

Julian Sinclair, chief investment officer of Talisman Global Asset Management, the liquid capital vehicle for the Pears family, warns of the danger of pinning future expectations on past performance.

“As sure as night follows day, investing in private equity (or indeed any other asset class) is about the price paid more than anything else. M&A valuation multiples are currently amongst the highest in modern history and restrictions on leverage and difficulty re-financing are a frequency occurrence these days. xxCaveat emptorxx,” he says.

Yet the former senior portfolio manager at BlueBay Asset Management, a $59.1 billion hedge fund owned by Royal Bank of Canada, says that private equity is likely to remain a stalwart in family office portfolios.

“One of the main appeals of private equity for families is its lack of mark-to-market volatility. For the investment team, who work for the families, once investments are made there can be a lack of near-term accountability,” he explains. “There may be an agency/principal problem at work. Employees are probably too incentivised to allocate to private equity and then potentially not have to do explain successes or failures for another five to seven years.”

While some issue warnings about the future of private equity, it remained the most common asset class among family offices in 2014 - representing over a fifth (22%) of the average portfolio.

The report also suggested that private equity co-investment with other family offices – either through office-to-office deals or syndicated through private banks – is on the rise, and typically constitutes around one-tenth of private equity allocations or 2.2% of a total portfolio. 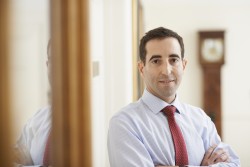 Mark Winkler, director at Stonehage Fleming, a multi family office with $40 billion assets under management, says he continues to see significant value in co-investments where they can bring together the right partners to enhance the likelihood of success.

The former adviser at Deloitte agrees that private equity is likely to remain a key focus for families. He added: “Each family’s interest in direct investments is often driven by a combination of expertise, experience and internal dynamics. That said we have certainly seen an increasing desire from families to retain control and discretion.  In part this has reflected certain families' concern regarding lock-up of capital in blind pools, manager performance, fees and trust in large financial institutions. The key is to ensure full alignment with our families.”

When asked about expectations for private equity over the next year, Winkler says that he expects direct investments to increase, despite significant volatility across many liquid asset classes in recent months. He adds that the uncertainty surrounding interest rates is likely to continue for the foreseeable future, which could give families greater relative confidence in the asset category’s ability to deliver returns.

“Furthermore, within a low interest rate and low macro-growth environment, and with the inflation rate for wealthy families often higher than the published national rate, growth companies are seen as an attractive means to deliver positive above-inflation returns,” he says.

He concludes that high valuations often attract media and investor attentions, especially within the tech sector, but that a strong network enables families to access value. Winkler also suggests that large elements of the economy remain under-funded and eagerly seeking capital.

“We see a large number of exciting companies which look to incoming family and entrepreneurial investors to bring flexible capital and/or additional support such as sector expertise, contacts and experience, and this can be reflected in the valuations,” he adds.

Talisman’s Julian Sinclair also believes that the private equity asset class demands higher returns, both historically and under current market conditions. He concludes: “There should be by definition, a trade-off off between illiquidity versus higher expected returns. History shows on average that private equity returns have some premium over a public market’s but once you account for the lack of liquidity, the public market’s equivalence is much less compelling. It is up to investors to decide whether the lack of liquidity and control is made up for by a modest improvement in returns”.

Share your family office insights in new Campden Wealth survey
Enviers and scapegoaters: Rainer Zitelmann on The Rich in Public Opinion
So, you wanna go to a DeFi Party?
Life-saving cancer breakthroughs are in the DNA of LXRepair
Philanthropists save their legacy but the next generation saves the world