Sir James Dyson says he neither sought nor received any benefit from Boris Johnson when he was asked by the UK’s prime minister to build £20 million ($27.7 million) worth of ventilators early in the national Covid-19 emergency.

The British billionaire industrialist (pictured left) said in a statement sent to CampdenFB he was “hugely proud” of Dyson’s response to the prime minister’s appeal for the devices intended to support the breathing of severely coronavirus-stricken patients. It was “absurd” to suggest the urgent correspondence was anything other than seeking compliance on tax and legal issues, he said.

Sir James, 73, said “context is important here” after the BBC published last week leaked text messages between the inventor and the PM (pictured below right) from March 2020. In the exchange, Sir James, whose firm was based in Singapore, followed up his company’s letter to finance minister Rishi Sunak about Dyson’s tax and legal position. In a potential breach of ministerial code, Johnson texted Sir James to give his personal reassurance that Dyson employees would not have to pay extra tax if they travelled to the UK to build the machines for the UK’s health service during the pandemic: “I will fix it tomo! We need you.” 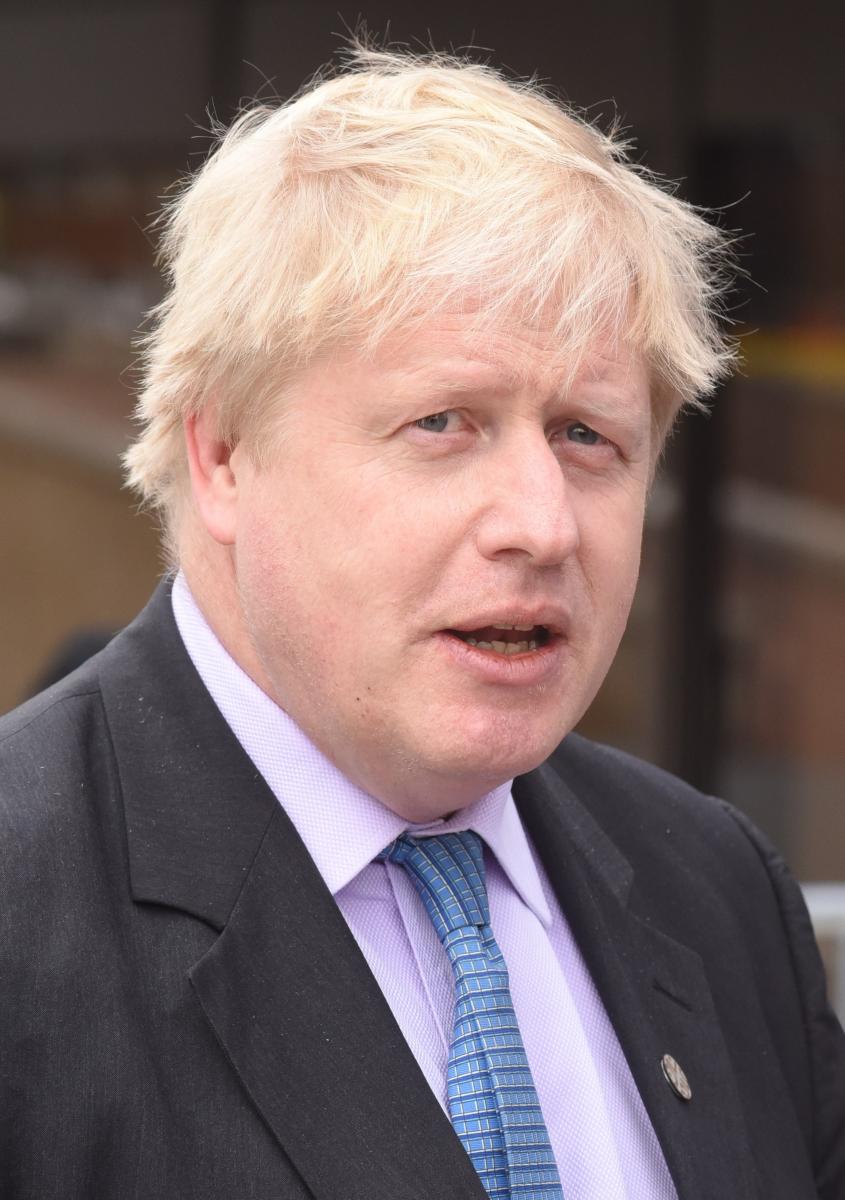 The industrialist said in his statement 450 staff in the UK and Singapore “worked around the clock” to build the requested equipment.

“Neither Weybourne [the Dyson family office] nor Dyson received any benefit from the project, indeed commercial projects were delayed, and Dyson voluntarily covered the £20 million of development costs,” Sir James said.

“Not one penny was claimed from any government, in any jurisdiction, in relation to Covid-19.”

Sir James denied he was a supporter or donor of Johnson’s ruling Conservative Party. Nevertheless, the exchange added to growing concern over lobbying and private access to ministers and officials in Westminster. David Cameron, former prime minister, faces scrutiny over his lobbying on behalf of Greensill Capital, the collapsed Manchester-registered financial services firm of Australian businessman Lex Greensill. At least four civil servants were allowed to keep private sector jobs in the Cameron years of 2010-15.

Dyson ventilators were ultimately not required by the UK government. JCB, the second-generation Bamford family-controlled UK manufacturer, worked with Dyson to fabricate housing for its prototype CoVent ventilating machine.

Details registered for Weybourne at Companies House show Sir James reverted his address to the UK in April 2021. Dyson relocated its global headquarters to Singapore for access to the Asian market in 2019.

Andrea Agnelli, fourth-generation scion of Italy’s industrial dynasty and chairman of the family-owned football club Juventus, says he “remains convinced of the beauty” of the doomed European Super League he helped mastermind.

Plans for the breakaway league of 20 elite teams, starting with a dozen top Italian, Spanish and English clubs, met a barrage of criticism from many fans, other teams, football organisations, press and politicians last week. All “Big Six” English premier league teams—Arsenal, Chelsea, Liverpool, Manchester United, Manchester City and Tottenham Hotspur—abandoned the super league, followed by Atletico Madrid and Inter Milan, leaving the league in tatters in only three days.

In a statement, Juventus said while it “remains convinced of the soundness of the project’s sport, commercial and legal premises, it believes that at present there are limited chances that the project be completed in the form originally conceived.”

The €573 million ($691 million) club remained “committed to pursuing the creation of long-term value for the company and the entire football industry.”

Asked by media if the super league could proceed, Agnelli (pictured above), who would have been one of four vice-chairmen of the league, said: “To be frank and honest no, evidently that is not the case.

“I remain convinced of the beauty of that project, of the value that it would have developed to the pyramid, of the creation of the best competition in the world, but evidently no. I don’t think that project is now still up and running.”

Agnelli, 45, appears to have suffered extensive reputational damage in the football community in the aftermath of the super league’s collapse. The European Club Association, which represents 234 clubs and condemned the super league, replaced him with Nasser Al-Khelaifi, chairman and chief executive of Paris Saint-Germain, as its new chairman.

Agnelli has chaired Juventus since 2010 and is a board member of Exor. He is the great-grandson of Giovanni Agnelli, founder of Fiat, and the first cousin of John Elkann (pictured above right), also 45, the chairman and chief executive of Exor. The Agnelli family-controlled Dutch-registered holding company owns 63.8% of economic and voting rights in the Turin club. However, Italian media has speculated Agnelli’s future is clouded in the wake of the super league saga. Alessandro Del Piero, a former Juventus striker, could take over next season if Agnelli departs.

US and Chinese shoppers boost luxury sector recovery for Kering, Hermes and LVMH

Family-controlled luxury giants Kering, Hermes and LVMH have US and Chinese consumers to thank for sharp rebounds in revenue for the first three months of 2021 after Covid-19 restrictions.

The €13.1 billion ($15.8 billion) group, which includes Gucci, Saint Laurent, Alexander McQueen and Brioni among its brands, saw its consolidated revenue rise a remarkable 26% to €3.89 billion ($4.7 billion), compared to the same period in 2020.

The increase in sales was largely driven by momentum in Asia-Pacific, up 83%, and North America, up 46%, the group reported. Growth in online sales continued across regions, up 108% in the quarter, driving the penetration of e-commerce to 14% of retail sales.

“Growth was consistent across all our houses, and we are particularly pleased with Gucci’s momentum as the brand kicks off its centennial celebration,” Pinault said.

“While 2021 should still face some impact from the health crisis, the strategy, positioning and creativity of our houses will enable each one of them to thrive in today’s environment.”

Revenue for Hermes in the first quarter of 2021 amounted to just over €2 billion ($2.4 billion), a jump of 33% compared to the first quarter of 2019. This improvement was thanks to an “outstanding” performance in Asia and Japan, the upturn in America and a good resistance in Europe, the group said last week.

“In a still unstable context, our strong sales growth confirms the robustness of our sustainable artisanal model and the desirability of our collections to our customers all over the world,” Axel Dumas (pictured right), 51, the sixth-generation executive chairman of Hermes, said.

In mid-April, LVMH, the world’s largest luxury products group, controlled by Bernard Arnault and family, announced revenues of €14 billion ($16.9 billion) for the first quarter of 2021. Revenues rocketed 32% compared to the same period in 2020. The quarter marked a return to growth after several quarters of decline during 2020, due to pandemic disruption. Organic revenue grew 8% compared to the first quarter of 2019.

All activities contributed to the good performance of the group, except for selective retailing, which was still impacted by the restrictions on international travel.

“Fashion and leather goods, in particular, had an excellent start to the year and achieved record levels of revenue,” the group said.

“The United States and Asia enjoyed strong growth, while Europe is still affected by the crisis due to the impact of store closures across several countries and the suspension of tourism.”