Handing control of a family business over to the next generation is perhaps the biggest challenge facing any family business, and the way it is handled decides if a company will thrive or fail.

The family Ford probably know a thing or two about succession. After all Bill Ford – the great-grandson of one of the main architects of global capitalism, Henry Ford – is the executive chairman of the company his illustrious predecessor founded more than 100 years ago.

For Bill Ford there is one issue on succession that can’t be ignored. “Holding the family together through generational transition is the greatest challenge families in business face,” he says. “This is very difficult, and one of the reasons many families don’t last past the third generation. It is so hard because family members have different interests, abilities, levels of involvement and standards of living, all of which can cause problems.”

For Lansing Crane, former chairman, chief executive and sixth generation member of his family’s paper company Crane & Co, the issue is whether family members are willing and able to become effective business leaders. “Developing the ownership talent pool is a growing challenge for family businesses,” he says. “There is a need for family businesses to develop new, capable owners who can be stewards of the business and its legacy values.”

Ford and Crane believe it is pretty simple – without next gens who possess these qualities, succession will fail. And, while this is one of the most difficult challenges, there are many things families can do to avoid all the pitfalls succession might present and avoid the sale of the business. Family retreats, bringing in outside consultants, setting up a family office and developing next gen programmes are just some of the many ideas CampdenFB has featured over the last 50 issues that help families consider their succession plans. 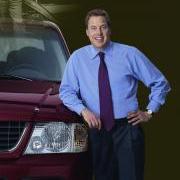 “At Ford we work hard at all getting along so no one splinters off,” says Ford. “We hold quarterly meetings and have done so for many years. These give us an opportunity to discuss the business, but also to socialise, which is as important. It is a time for the family to ask questions, voice their opinions and find out more about the business. There are no surprises for the family, they are kept well informed.”

If succession is handled well it can turn from a challenge to a great opportunity for families, as Etienne Hugel, 12th generation marketing manager at his winemaking family business Hugel & Fils, says. “As always in France, we face the issues of succession and inheritance tax, but we always try to look beyond the immediate to the long term. The 13th generation of the Hugel family are about to join the company and they bring with them new ideas and enthusiasm,” he says. France has one of the most onerous tax regimes in Europe when it comes to inheritance.

The Hugel family have been making wine in the Alsace region of France since 1639; the company is still 100% family-owned. The business has survived numerous wars, changes in nationality and eleven successions. So what is the Hugel family secret? “We have the rare luxury of working for our passion with no other shareholders to please than ourselves. And wines from good vintages never loose their value. In fact they only increase in worth,” Hugel says.

The extra level of commitment and passion families bring to their business is one of the features that make family companies unique and so valuable to the global economy. “We have an identity that is different,” says Ford. “The family name is bound up with the company reputation, so it is even more important to us that the company is perceived well.”

He adds: “Someone with the surname Ford has worked at the company for over 100 years so people know the family is there through thick and thin. We are not nameless, faceless executives; customers know where to find me, they send me letters – and not all of them are good! Family businesses have a real sense of accountability.”

Hugel agrees: “Family businesses are the backbone of our nation’s economy, providing stability and active involvement in our local community. Despite our age, we are here to last,” he says.

And while history and tradition often bring a real depth to family companies, families must also be prepared to modernise and adapt in order to not only survive, but to compete with non-family businesses on the global stage.

“Being globally competitive requires raising the bar for family business performance,” says Crane. “Embracing good governance, attracting talent that can be successful in global competition, and placing the needs of the business before the needs of the family are more critical than they ever have been.

“The nature of the economic reality today is that family businesses are not immune from competitors that have resources acquired and skills honed by successfully meeting global challenges. To endure, today’s private, family-owned business must be able to compete with these firms on equal terms,” he says.

In order to do this, family businesses must be willing to embrace change and see trends before their competitors do. At Hugel & Fils one of the biggest developments in the past decade has been the rise of the wine market in Asia. “The shift in focus towards the Asian markets means I now devote half of my travelling time to Asia,” says Hugel.

For Ford, it’s all about staying keen and making sure he keeps a passion for new developments. “I am more interested in tomorrow than yesterday,” he says. “What excites me is where we are going as opposed to looking back to what we have already done.” He is especially excited by new technology, he says.

And Ford also feels being a family business allowed them to continue to invest in research during the downturn of 2008/2009 when the global auto industry was hit hard by the financial crisis. Ford emerged stronger than many of its competitors after the downturn. “The family is firmly behind the company, which frees the management to do their jobs and not worry about wayward shareholders,” he says.

“We have just been through the worst period in my 32-year history at Ford, but throughout the difficulties we continued to invest in research, products and development, so we have emerged from the downturn in terrific shape. Most of our competitors didn’t continue with their investment, while we not only continued, we accelerated it, putting us ahead.”

Families can also leverage the natural talent available to them in their next gens to give them a competitive advantage. “Family members working in the business perform their day jobs, but they can also bring a sense of perspective and look to the long term,” says Ford. “Family members in the business offer much more than work and financial investment, they offer emotional commitment and loyalty because it is not just about the business, but the family name.”

Uppermost in all family businesses concerns on succession is the spoiled kid syndrome – exemplified by, some might argue, Paris Hilton. “It is important that next gens know they can always choose their own path, but that if they want to join the business they must work hard,” says Ford.

Managing this process is not an easy task, and one that Crane feels gets more difficult as the family becomes more and more multi-generational and members drift away from being involved in its day-to-day running: “As fewer family members are directly involved in their business as employees, there is a premium on developing owners who are both knowledgeable about their own family businesses and who are capable of being stewards of the business.”